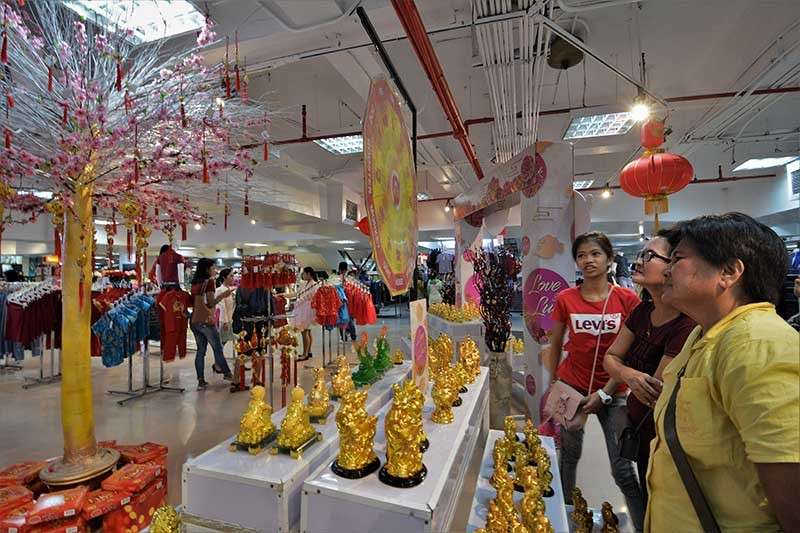 The Year of the Pig has just officially started. And Chinese tradition have it that having your own Good Luck Charm or "lucky charm" will bring you good health and fortune for the rest of the year.

So have you picked one already? Or has someone gave you your "lucky" bracelet or Buddha figurine already?

If you have none yet, might as well visit the Gaisano Metro Colon for your pick of lucky charms. The homegrown Cebuano chain store has a list of Chinese New Year items and decorations perfect for the season.

Among the Chinese New Year items available are the various sizes and images of Buddha in different poses, wind chimes both made of metal and wood, money bag, the traditional cake for Chinese New Year known as “Tikoy,” traditional Chinese costumes, hanging decorations, Chinese lanterns, and fortune plants.

The 2019 Chinese New Year falls on the fifth day of February and will last for about 15 days, with the Lantern Festival on the 19th as its culmination.

Anyone who's interested can also check on the purchasable 'Ang Pao' or the Chinese red envelopes for around P30.

“If ganahan ka, you can write your wish in a paper, slip it inside the Ang Pao, and hang it in the fortune tree,” Jayme added.

In Asian countries, Ang Pao is distributed on special occasions as Chinese New Year and/or weddings; it is also believed that doing such evokes feelings of excitement, expectation, and happiness.

As 2019 is the Year of the Earth Pig, Tresvina Dacalan, Department Supervisor of Gaisano Metro Colon showed the different Earth pig figurines created to represent the different zodiac animals.

“Kay year of the pig man ta no, kini nga image sa pig is nag-patong sa coins to symbolize prosperity for this year. This is made of the substance polyresin. One can purchase it at around P600 to P800,” she said.

The store's display of Chinese New Year decorations and charms is until the third week of February, and is situated at the ground floor of the establishment. (Wenilyn Sabalo/USJ-R Intern)