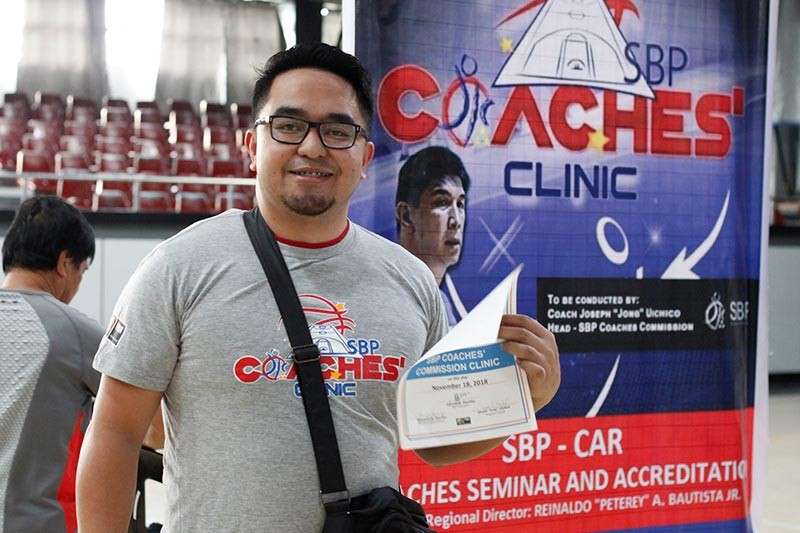 BAGUIO. Saint Louis University head coach Raymund Austria recently got a call up to join the coaching staff of Gilas Pilipinas in their preparation for the final window of the FIBA World Cup Asian Qualifiers. The Navigators mentor will be part of the coaching staff as part of the apprenticeship program until Gilas leaves for Qatar on February 16. (Photo by Jean Nicole Cortes)

The Navigators mentor recently traveled to Manila to join Gilas Pilipinas in their preparation for the final window of the FIBA World Cup Asian Qualifiers later this month.

The Nationals need to sweep their remaining games to have a better chance at making it to the FIBA Basketball World Cup.

Gilas will face Qatar at the Al-Gharafa Sports Club in Doha on February 22 (Philippine Time).

The Philippine basketball team will then take on Kazakhstan on February 24 at the Republican Velodrome in Astana.

Djalma Arnedo, basketball commissioner of the Baguio – Benguet Educational Athletic League, announced the good news to SunStar Baguio, adding Austria will be part of the coaching staff until Gilas leaves for Qatar on February 16.

Austria was the hands down choice to join the Gilas coaching apprenticeship program.

“Coach Raymund has done an exceptional job. He was able to put together a competitive lineup, exceeding expectations. He’s the hands down choice for leading both his men and women’s squad to the final four,” said Arnedo.

Austria’s Navigators fell to the University of Baguio in game two of their best of three finals while the ladies squad placed third.

The apprenticeship program was earlier offered by Coach Yeng Guiao during his visit to the city in October.

Guiao added an opportunity can be opened to local coaches for the men’s national basketball team under their apprenticeship program.

Austria was earlier bullish of becoming an apprentice for the national squad saying it would help improve his coaching skills.

“I’m hoping sana matuloy para at least it will be a big help para sa atin dito sa Baguio specially sa SLU and hopefully I can apply it here,” said Austria in an earlier interview.