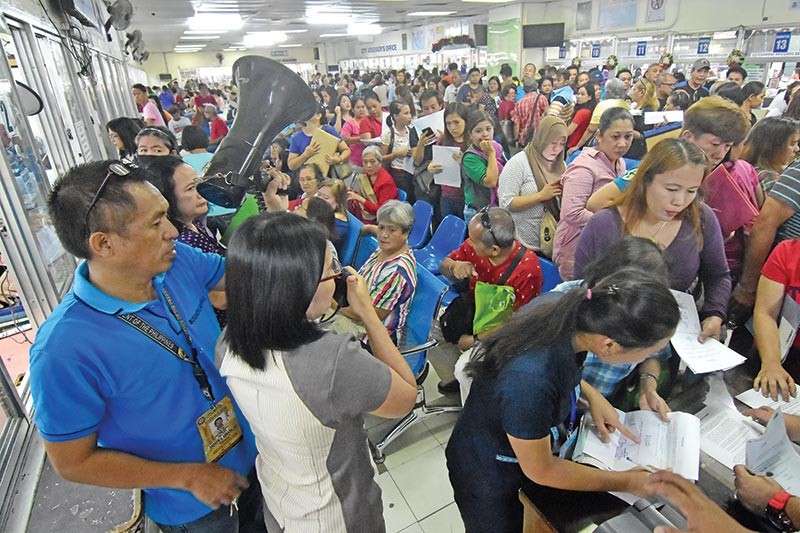 DAVAO. The City Treasurer's Office recorded an increase in the collection of taxes during this year’s business permit renewal from January 3 to 31. (Macky Lim)

THE Davao City Treasurer’s Office (CTO) collected a total of P1.4 billion for the one-stop shop in the renewal of business permits and tax payment this year.

Based on the records of the office, January 18, 2019 was the busiest with total collections reaching around P150 million for 2,112 business permit applications.

Torentera added that the Business Bureau is expecting around 39,514 business permit renewals, based from 2018’s data of businesses registered in the city.

“Naa pa’y nag-renew kay ang last count namo as of January 31 kay 37,700 and nag-expect man mi og more than 39,500 so naa gihapon ubay-ubay na nag-renew pero naa na sila’y penalty (There are still those who are renewing because our last count was 37,700 and we expect more than 39,500 application. Some are still renewing but they will have to pay the penalty),” she said.

“From 37,700, naga-expect gyud mi na mupadayon gyud sila nga magbayad sila og magpa-print sila og permit (From the 37,700, we expect them to continue the process for permit printing),” she added.

Businesses who fail to renew permits on time will pay a fine of 25 percent of the business tax due plus two percent interest rate per month.