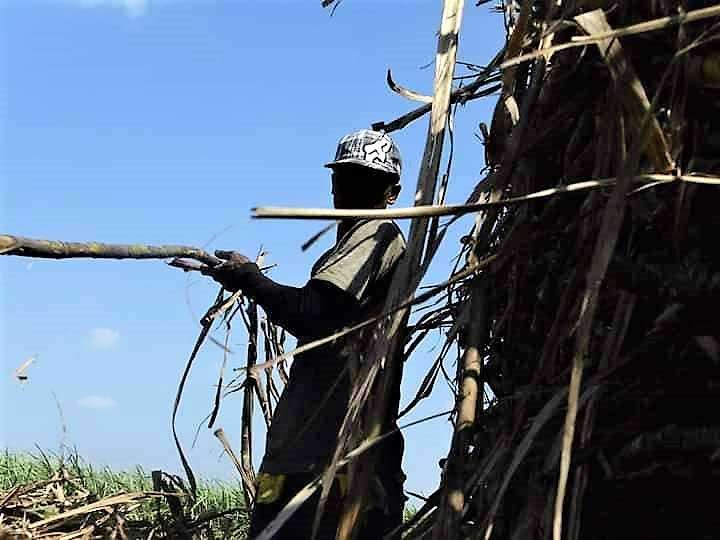 BACOLOD. This sugar worker in Negros Occidental is among those thousands in the country feared to be affected tremendously if the plan to liberalize sugar importation pushes through. (Jonah Mae Santander)

BY TEARING a replica of the proposed sugar import liberalization, sugar workers and advocates in Negros will show their strong opposition and condemnation to the measure seen to kill the country’s sugar industry.

Wennie Sancho, convenor of SSIM, said on Wednesday, February 6, the tearing of the replica, which is a wide piece of paper with “Proposed Sugar Import Liberalization” text, emphasizes their crusade against the government’s “deadly” policy.

Sancho said it will be a more intense call to the government to scrap the deregulation of sugar importation plan, following the opposition manifesto signed by other labor groups and unions in the province earlier this week.

“If we wait for this sugar import liberalization to materialize, we would have waited too long. We must confront the worst threat before they emerge,” he said, adding that “the only path for the survival of the sugar industry is the path to action.”

“Let us protect sugar and save Negros by action,” the labor leader also said.

Aside from tearing the sugar import liberalization replica, SSIM and SWSI will also sign a Statement of Solidarity (SOS).

The SOS, a copy of which was obtained by SunStar Bacolod, stated that advocates and multi-sectoral cause-oriented leaders from different labor organizations in the province condemn in the strongest possible terms the proposed measure as it would obliterate the local sugar industry displacing thousands of sugar workers and their families.

The groups said a disaster would come upon like an overwhelming flood if the sugar industry will collapse as a result of sugar import deregulation. “One does not need a prophet’s eye to foresee a terrible impending outbreak of the social and economic crisis,” the group said.

The SOS further stated that a sense of collective responsibility motivated the groups to express their vehement opposition for one, their future is at stake.

“It is our right and our moral duty to oppose sugar import liberalization because the anticipated economic damage, if not prevented, would be greater and dangerous,” it said, adding that “our dissenting opinion will guide the spirit of criticism on this vital issue of sugar, which is the lifeblood of our province.”

For SSIM and SWSI, the SOS is a document of the workers’ struggle. It is a statement of solidarity of the sugar workers struggling to be free from the shackles of sugar import-dependent liberalization scheme and questioning the rationale of this anti-worker policy.

Aside from which, the groups will also be mounting a strong and organized opposition including massive-protest actions if necessary, to stop the deregulation of sugar imports, “as we invoke our right to petition the government for redress of grievances.”

“We cannot remain silent in the midst of this impending economic disaster which is grave and imminent,” it said, adding that “it is our moral duty to defend the cause of the sugar workers under attack by the forces of import liberalization policy.”

“They are the same secretaries who favored for the entry of high fructose corn syrup in the country,” he claimed.