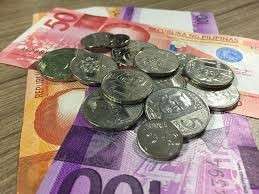 WITH inflation slowing down, the Monetary Board on Thursday, February 7, decided to hold key interest rates steady.

The interest rate on the Bangko Sentral ng Pilipinas (BSP) overnight reverse repurchase (RRP) facility was unchanged at 4.75 percent. The interest rates on the overnight lending and deposit facilities were also held steady.

"The Monetary Board’s decision is based on its assessment of a more manageable inflation environment," the central bank said in a statement.

The country's headline inflation rate slowed down further to 4.4 percent in January from 5.1 percent in December 2018. Prices of basic goods and prime commodities increased at a faster pace in the second half of 2018 due partly to the implementation of a tax reform package, global rise in oil prices and supply problems, particularly of rice, in the domestic market.

The latest baseline inflation forecasts show inflation settling within the target band of 3.0 percent ± 1.0 percentage point for 2019-2020, as price pressures continue to recede due to the decline in international crude oil prices and the normalization of supply conditions for key food items.

Inflation expectations have also declined further and are now aligned with the inflation target for 2019 to 2020.

Domestic demand conditions have remained firm, supported by a projected recovery in household spending and the sustained implementation of the government’s infrastructure program.

Meanwhile, the risks to the inflation outlook are seen to remain evenly balanced for 2019 while leaning toward the downside for 2020 given a more uncertain global economic environment, which in turn could temper potential upward pressures from commodity prices in the coming months. (SunStar Philippines from PR)