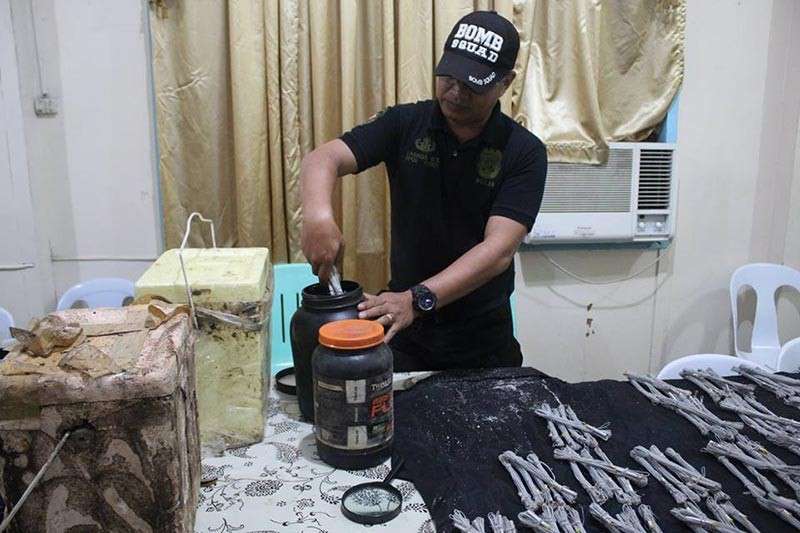 CAGAYAN DE ORO. A bomb squad personnel opens one of the two containers containing the blasting caps, a bomb-making component, found in a hinterland barangay in Butuan City. (Photo courtesy of PRO-13)

Some 356 pieces of electric blasting caps with five meter-long leg wire and 184 rounds of caliber 5.56 ammunition were found inside two ice buckets and another two plastic containers concealed inside two sacks.

“The recovery of the electric blasting caps and ammunition was due to the revelation given by a former rebel during the debriefing of Butuan City police,” Cruz said.

“We appeal to the active members of the CPP-NPA and Militia ng Bayan to give up their arms and avail the Enhance Comprehensive Local Integration Program (E-Clip). Our government is sincere in giving them programs if they would choose the right path for peace,” Cruz added.