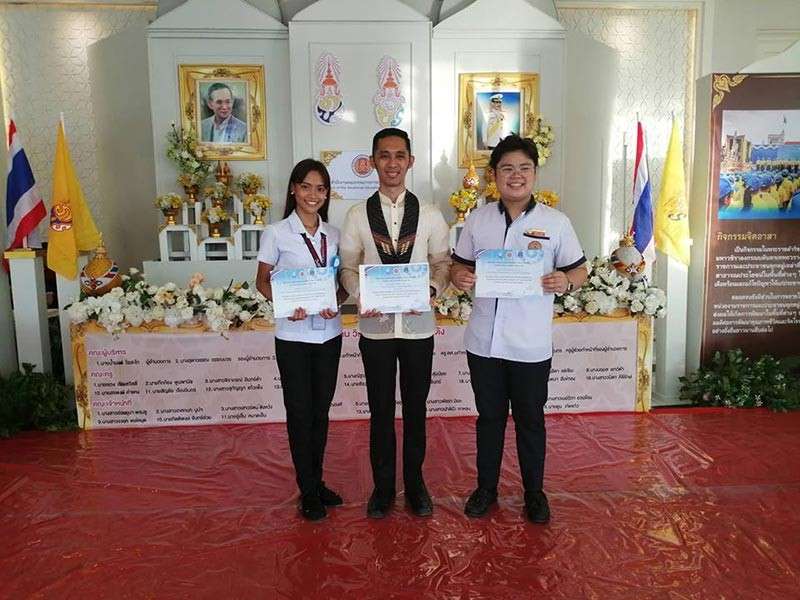 The event was hosted by the Office of Vocational Education Commission in Surit Thani, Thailand this February 5 which involves southeast Asians in competitions of different skills and talents including, but not limited to, singing, public speaking, and computer and information technology.

Science, Technology, Engineering, and Mathematics (Stem) Strand student Jay Emmanuel Macatuno won the championship in the solo singing category, while English major Rose Ann Garung of DHVSU Porac Campus was named as second runner up, in the same category, out of 21 competitors from Indonesia, Malaysia, Laos, China, Thailand, and Philippines.

The winners were mentored by DHVSU instructor Marcial Bonnie Salac.

Other winners include Trisha Anne Mandap, coached by Grace Mendoza, who placed sixth among 21 competitors in the public speaking category.

In the Network Technology Skill Competition, Jovito Gerald Calimoso and Justin Asher Yalung together with their coach Nikko Puno Nicdao were named second runner up.