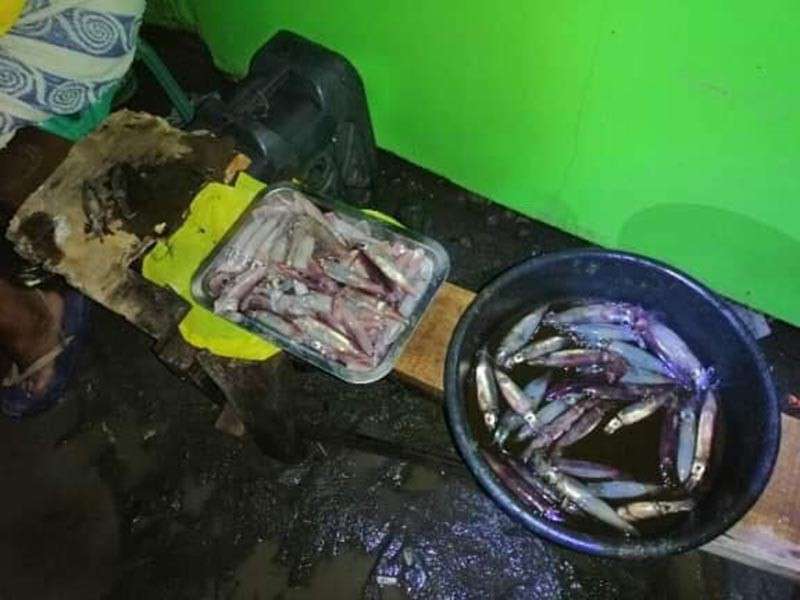 (Contributed photo from Superbalita through Joseph Tacson and Jonathan Arocha)

ABRUPT change in temperature and change in salinity level of water were the main cause of death of squids in Bucana, Davao on January 30.

Navarce added that squid lives in saltwater. Squids have only three reasons why they go to shore: either looking for food, hiding from their predators, or during copulation period.

She said the factors of abrupt changes in sea temperature and salt level in water were due to the recent heavy rains and flooding in the river. She added that squids are not used in very cold temperature and rains and heavy flooding results to unstable mixture of saltwater and freshwater.

Navarce added the examination to find out the cause of the squids’ death was through dissection.

She also said that the dead squids can be consumed since they did not die from pollutants.

It can be recalled that BFAR advised the residents living near the coast of Barangay 76-A, Bucana, Davao City not to eat the squids which were found ashore on the evening of January 30.