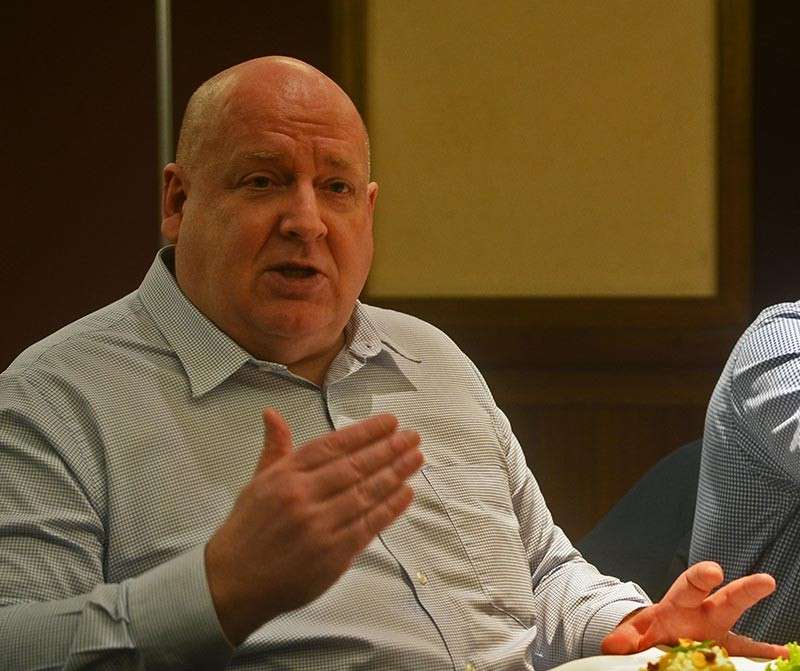 FOR THE TOURIST TO DECIDE. New Zealand Ambassador to the Philippines David Strachan speaks with reporters at a hotel in Cebu City. Strachan notes that the Philippines is a popular choice among travelers from New Zealand. (SunStar photo / Arni Aclao)

DESPITE the recent travel advisories discouraging travel to western and central parts of Mindanao and some parts of Cebu, the Philippines remains a popular destination for New Zealand (NZ) tourists, according to New Zealand Ambassador to the Philippines David Strachan.

“Well, all I can say is if you look at the statistics, since the direct air link has been established in December of 2017 by PAL (Philippine Airlines), there’s a big increase in tourism arrivals. So something like 25,000 New Zealanders arrive in the Philippines each year,” he said.

At least 27 people were killed and some more were injured after two bombs exploded in the Roman Catholic Cathedral of Our Lady of Mount Carmel in Jolo, Sulu last Jan. 27, Monday.

Due to this, the Department of Foreign Affairs and Trade of Australia reminded its citizens to “exercise a high degree of caution in the Philippines overall,” citing threats of terrorism.

Before Australia issued a travel advisory, the United Kingdom also warned its citizens from traveling to Mindanao following an explosion in a shopping mall in Cotabato City last Dec. 31.

Strachan, however, said these travel advisories are needed to ensure safety of tourists from all over the world.

“Just where they (New Zealand visitors) go when they arrive, I don’t know, but I think you’ll agree in certain parts that it makes sense to have some cautionary advice. But it’s really for the tourist to decide. If you look at the numbers, it would suggest that this country still remains to be popular to New Zealand tourists, including Cebu,” he added.

When asked what Cebu products can appeal to New Zealand, Strachan cited Cebu’s shipbuilding industry and acknowledged its creative industries.

“You have some pretty impressive shipbuilding industries here, world-class furniture, seafood... There’s a guy who’s a world-class designer, Kenneth Cobonpue. Someone like him would be great to get to New Zealand. I’m thinking about the Apec (Asia-Pacific Economic Cooperation forum) in 2021. We are hosting it,” he said.

Cobonpue was the creative director during the Apec Economic Leaders’ Welcome Dinner in 2015.

“I think there’s room for more collaboration with renewable energy. I think it’s many on the renewable energy sector that you find that. They are all over the country (NZ),” Strachan added.

“Everyone has been thinking of these creative industries here. We have been doing a lot of animation, and that’s something that could be linked to the industries of New Zealand,” said Ylade.