Over 500 sacks of trash collected from Bued River 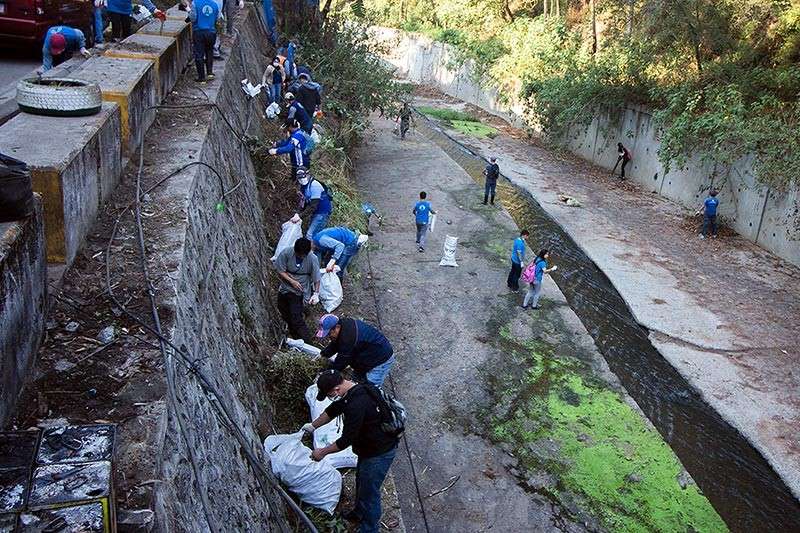 BAGUIO. More than 500 volunteers including stakeholders from the Department of Environment and Natural Resources (DENR), Baguio City, and Tuba help clean the Bued River in celebration of the World Wetlands Day. (Photo by Jean Nicole Cortes)

+
A A
-
LAUREN ALIMONDO WITH A REPORT JONATHAN LLANES
February 8, 2019

MORE than 500 stakeholders on Friday, February 8, recovered a total of 6,259 kilograms or 548 sacks of solid waste from the Bued River.

The Department of Environment and Natural Resources in the Cordillera (DENR) led the massive river cleanup drive in celebration of the World Wetlands Day which intends to rid the Bued river of solid and liquid waste.

Ralph Pablo, DENR CAR regional director, said the measure was also in response to the ongoing cleanup drive being undertaken by the department at Manila Bay.

“This cleanup is the start for our solid waste management but it is not only the picking of solid waste which we are doing but also the start of our information education campaign at an identified site to teach the community that now that the area is cleaned, the throwing of solid wastes at the river areas should cease. The DENR will not stop monitoring these areas and will ensure that these areas would remain clean and reiterate to them to refrain from throwing their solid wastes,” Pablo explained.

Bued River covers more than 20 kilometers stretching from Camp 8 in Baguio City to Camp 1 in Tuba and also traverses two barangays of Itogon.

After solid waste, DENR is targeting establishments such as piggeries near the river.

“This is only one of the initial activities for Bued River. First is the solid waste after which we will continue in the cleaning of liquid waste which is destroying the rivers,” he added.

Another massive cleanup drive in the region is set on February 12 along Lamut River in Ifugao. (With a report from Jonathan Llanes)