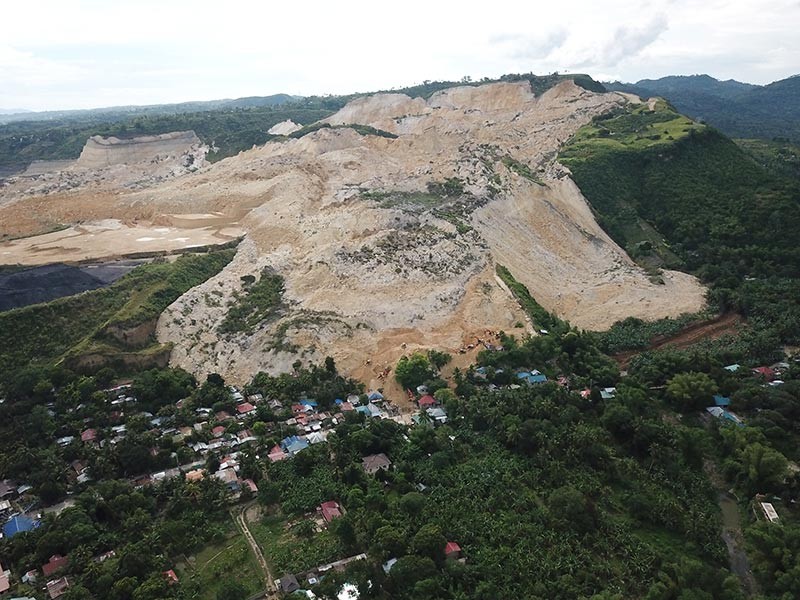 Landslide. As the Apo Land and Quarry Company was suspended, Cemex Holdings Philippines had to seek other sources of raw materials. (SunStar file)

THE Sept. 20, 2018 landslide that hit the City of Naga affected the financial performance of Cemex Holdings Philippines Inc. (CHP) in 2018, the company said Friday, Feb. 8.

In a disclosure to the Philippine Stock Exchange, CHP announced that its cement volumes for 2018 increased by seven percent compared to 2017 due to healthy demand, but its operating ebitda (earnings before interest, tax, depreciation and amortization) margin for the fourth quarter dropped to seven percent from 12 percent. It also dropped to 12 percent from 15 percent for the full year.

Following the landslide that hit five barangays in the City of Naga, mining and quarrying operations were suspended in the entire province of Cebu. While the suspension on other companies was lifted a week later, the suspension remains in effect for Apo Land and Quarry Corp. (ALQC), which supplies raw materials to CHP subsidiary Apo Cement.

Because of the suspension, Apo Cement had to get materials from farther sources, leading to “an increase in cost of sales, as a percentage of sales, to 66 percent in the last quarter from 58 percent during the same period in 2017.”

“This lower operating ebitda, together with higher financing and tax expenses, resulted in a net loss after tax of P325 million in the fourth quarter of 2018. For full year 2018, CHP recorded a net loss of P930 million,” the company said.

“The past quarter was a very challenging one following the landslide in Naga City. It tested the strength and resolve of all who were affected. The perseverance of the community was very inspiring even as we worked on restoring our operations to normality,” said Ignacio Mijares, CHP president and chief executive officer.

Still, the company said it achieved “major operational highlights,” including CHP cement plants ranking among top performing cement plants in the Cemex global system, and one of the highest client adoption rates among markets where its end-to-end digital platform Cemex Go has been introduced.

Its subsidiary Solid Cement also signed a procurement, construction and installation agreement with CBMI Construction Co. Ltd. of China for a new cement production line that is scheduled to begin operations in 2020.

“We are excited about the prospects for the company in 2019 and see continued strong cement demand in the country. For this reason, we remain focused on improving our operations and completing our expansion in a timely manner,“ Mijares said. (MEA with PR)