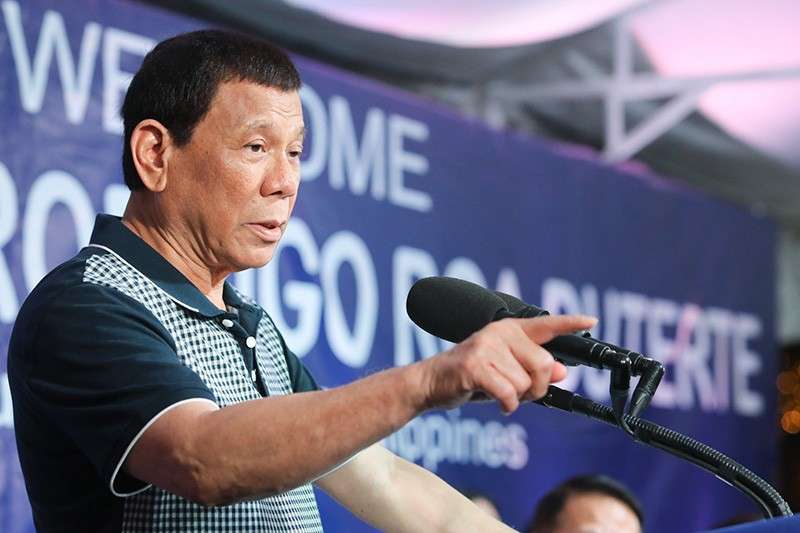 PRESIDENT Rodrigo Duterte on Friday, February 8, took a swipe at human rights groups for keeping silence over the death of a 19-year-old nursing student who died of a suspected drug overdose while attending a pre-Sinulog concert in Cebu on January 19.

In a speech in Legazpi City, Albay, Duterte was dismayed by human rights groups’ apparent silence about the incident, especially since they harp on about his administration’s deadly crackdown on illegal drugs.

Duterte made the remark as he revealed that he met with the parents of Ashley Abad, who reportedly died from a party drug overdose, at Malacañan Palace.

He, however, did not elaborate on what was discussed during his meeting with Abad’s parents.

(The parents of Ashley, the teenager who died, went there to my office yesterday (February 7). The 19-year-old woman was beautiful and a medical student. I haven't heard yet from human rights, those sons of a b****.)

The Philippine Drug Enforcement Agency (PDEA) is currently investigating reports that Abad died from ingesting a party drug after attending a concert in Cebu on January 19.

The PDEA is still verifying reports that Abad's boyfriend, who reportedly continued to be “uncooperative,” gave her the party drug ecstasy before she collapsed.

While waiting for the full results of Abad's autopsy, the PDEA admitted that it is still having a hard time getting information from the victim's companions during the concert, including her boyfriend.

Duterte, in his latest speech, maintained that his administration's fight against rampant narcotics trade would remain relentless.

The firebrand President also reiterated that individuals who are into illegal drugs would face death.

(So those involved in illegal drugs, I will really kill you. The human rights, judges are listening. If I'm no longer in office, go ahead, make my day. Those who are infuriated because I allegedly killed them, go to my house. I will talk to you, wake me up if I'm sleeping.)