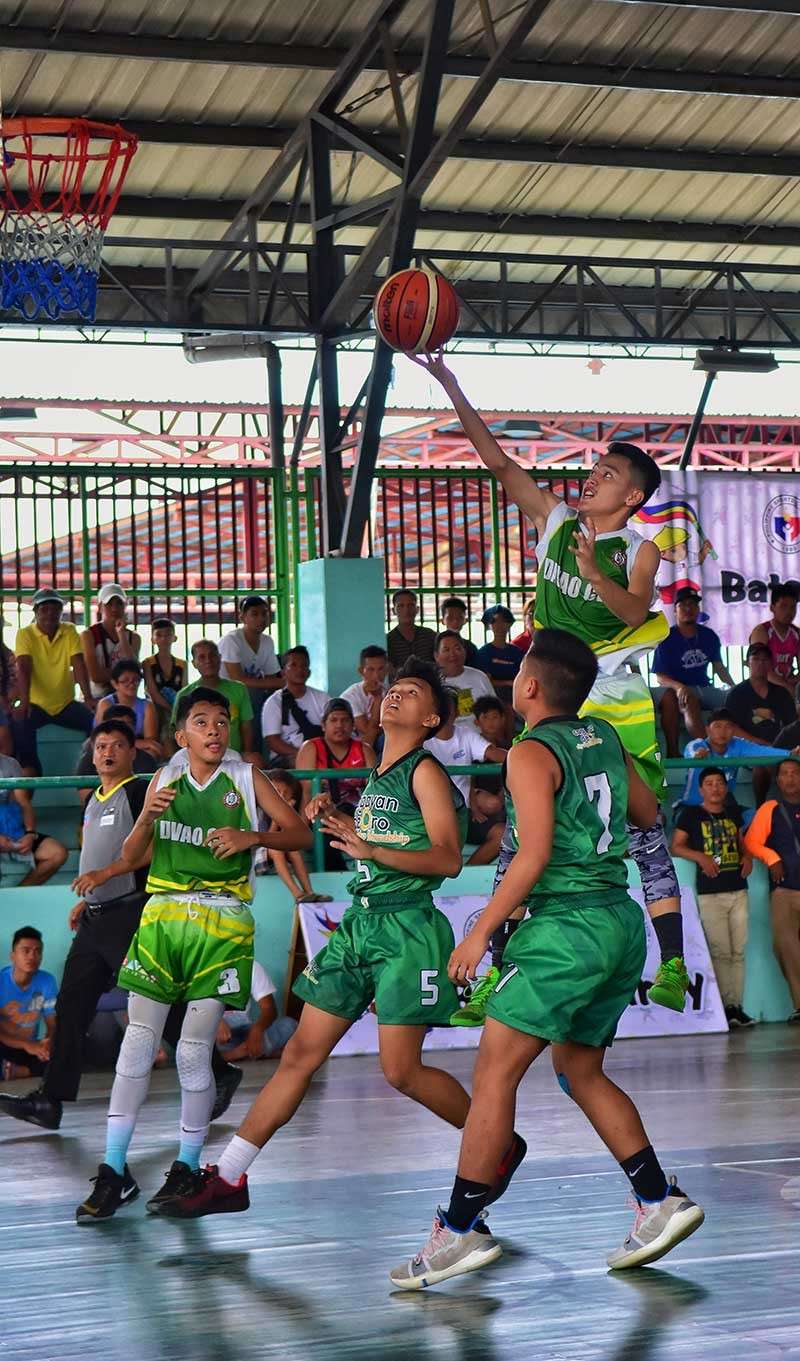 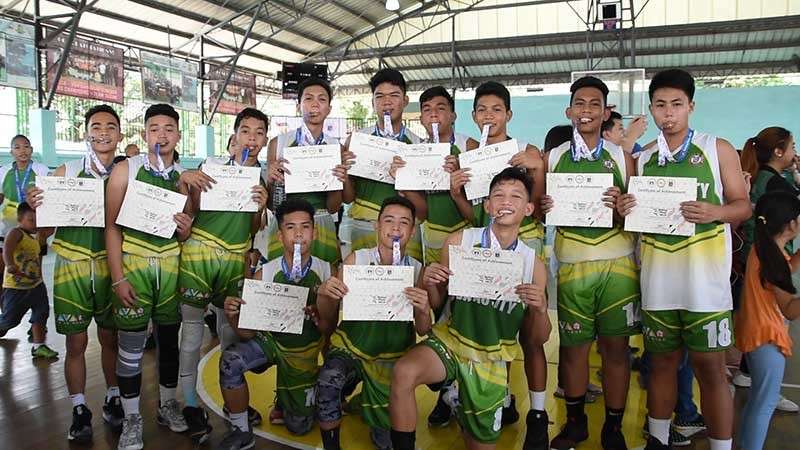 Davao City routed Cagayan de Oro City, 91-59, at the Rotarty Gym here behind the heroics of Holy Child College of Davao's Alexander Gabriel Tila and Christian Joi Mesias who poured in identical 21 points for the squad coached by veteran tandem of Nestor Sorrosa and Roger Rabago.

The Dabawenyos quickly recovered from a shaky start. “Nag error ta pero over fatigue ang CDO nag collapse. At least atong mga bata, patient lang sila (We had errors but CDP collapse due to over fatigue. Our players were patient).”

It's the first basketball title for Davao City since the sport was only included this year. The team, according to Sorrosa, has nine HCCD players and three from Jose Maria College.

Dabawenya player Therese Claire Nacito, for her part, bowed to Minette Bentillo of Sultan Kudarat, 1-6, 3-6, to end up with the silver in girls singles.

In beach volleyball, Davao City pair April Locaberte and Khalia Sinsuat got a silver while the boys team salvaged a bronze.

Meanwhile, Davao City girls spikers put up a gallant stand but succumbed to a small yet formidable Talaingod team, 15-25, 26-28 in their championship game held at the University of Mindanao (UM) Tagum gym.

The Philippine Sports Commission (PSC) has yet to release the final official medal tally as of yesterday presstime.