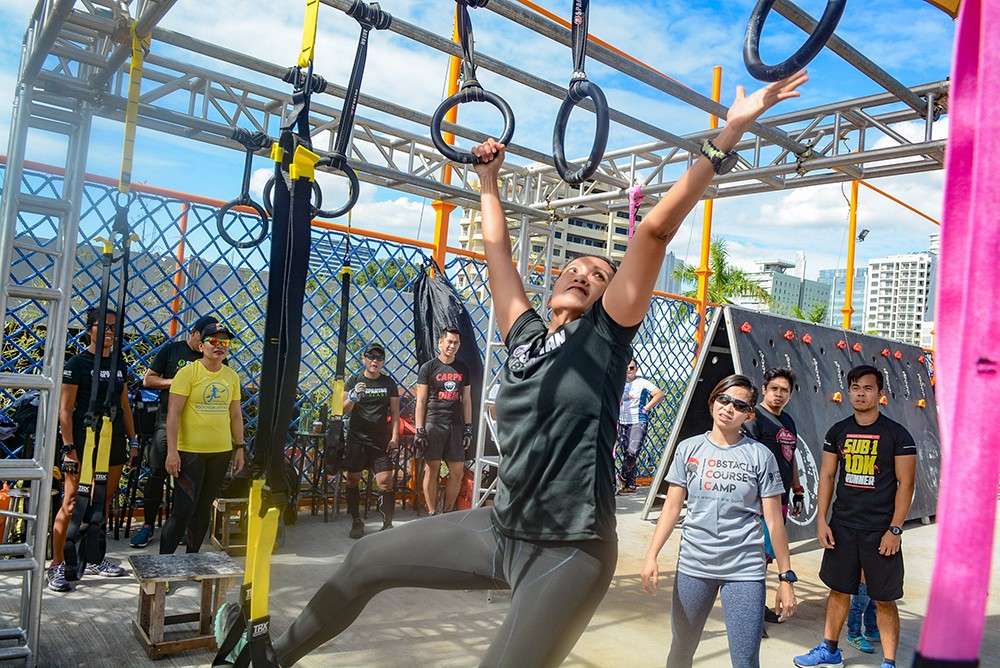 Reaching for it. Fans of the Spartan Races can begin their training at the Cebu Obstacle Course Camp. But even if they won’t be racing anytime soon, those interested can still drop by to try their hand at any of the obstacles. (SunStar foto / Arni Aclao)

THE expanding middle-class and growing awareness of sports and wellness prompted Spartan Race Philippines to open its second obstacle course camp in Cebu.

The camp houses signature obstacles of Spartan Philippines that will allow new and existing racers to play around and train in preparation for the Spartan Race activities in the country.

The company invested some P6.5 million to erect the camp, which has two group classrooms that can be used for martial arts, TRX classes, yoga and pilates, and the obstacle platform with three signature obstacles to stimulate the Spartan racers and athletes to keep coming for the training.

Spartan Race Philippines chief executive officer Guenter Taus is confident ventures such as this will do well for an economy like Cebu because of its rising middle-class powered by high-paying industries like business process management and a growing health and wellness community.

“Filipinos have become conscious about their health, eating habits and workout habits. It’s good to see the shift,” he said.

Taus said obstacle racing had been on the rise in the Philippines. He saw this during the first Spartan Race in Cebu, which drew 2,000 obstacle course competitors in June last year.

“Cebu was a fantastic race. (Because of that) we wanted to have a permanent presence in Cebu,” said Taus, adding that they wanted to set up a few more camps in the country to train people for Spartan races.

The camp offers mass workouts, TRX workouts, yoga and pilates. Taus said they were looking into offering martial arts, such as jujitsu and muay thai.

“There are a lot of things we are looking into, not just simple obstacle workouts,” said Taus.

With the presence of the camp, Spartan Philippines race director Mike Reyes said they hoped to bring more Filipinos into the international stage.

The workout sessions will be handled by four Cebuano coaches led by Carlo Sumayang, the camp’s program director, who has been exposed to Spartan Races for years now.

The camp is open from 6 a.m. to 10 p.m. from Monday to Saturday. Reyes said they aimed to have 600 to 700 members in Cebu. They also accept member-based and walk-in clients.