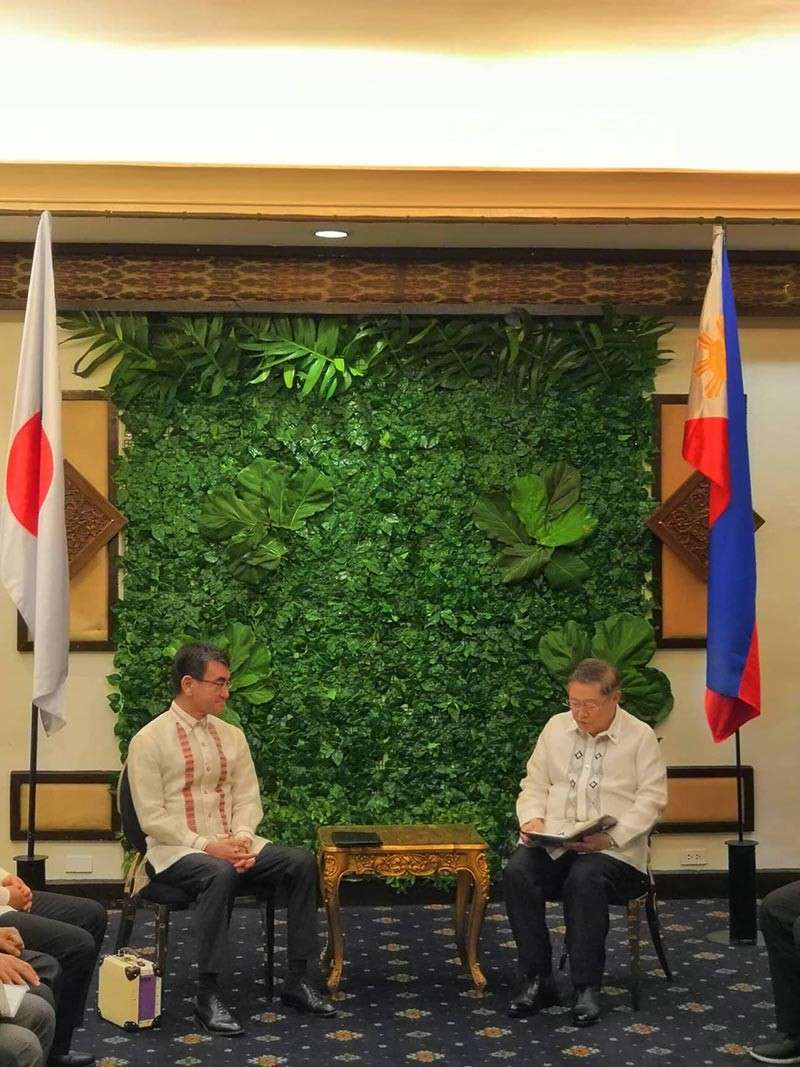 WITH the opening of the new Consulate-General of Japan in Davao City, Japanese Foreign Minister Taro Kono hopes for stronger bilateral relations between Japan and Mindanao.

He made this pronouncement during a bilateral meeting with Philippine Finance Secretary Carlos Dominguez III at the Waterfront Insular Hotel-Davao Sunday, February 10.

"The Consulate-General of Japan in Davao City can be a good springboard to an enhanced bilateral and closed relations between Japan and Mindanao," he said.

The Consulate-General of Japan in Davao is located on J.P Laurel Avenue, Davao City. It will cover Mindanao’s 27 provinces and 33 cities.

The Embassy of Japan in the Philippines announced on its website on December 28, 2018 the upgrading of its consular office here to a consulate-general status beginning January 1, 2019.

Dominguez, for his part, recognized and thanked Japan for remaining as the Philippines’ top official development assistance (ODA) partner.

"We recognize the steadfast commitment of the Government of Japan in supporting our country’s development agenda especially in helping us jump-start the aggressive Build, Build, Build infrastructure modernization program so crucial to our nation’s sustained economic development," Dominguez said.

He added that a total of nine loan agreements have been inked between the Philippines and Japan since President Rodrigo Duterte assumed office in June 2016 and six high-level meetings have been held between the two countries since the issuance of the Japan-Philippines Joint Statement on Bilateral Cooperation in 2017.

In a separate meeting on the same day, Kono and Foreign Affairs secretary Teodoro Locsin, Jr. signed the Exchange of Notes for the Road Network Development Project in Conflict-Affected Areas in Mindanao at the Marco Polo Hotel Davao.

Meanwhile, the Japanese foreign minister welcomed the ratification of the Bangsamoro Organic Law.

"We have been supporting Mindanao's peace process for more than a decade. We are willing and ready to expand our support on the advancement of peace process," he said.

He expressed Japan’s sympathy to the victims of the twin blasts that rocked the Jolo cathedral on January 27.

Kono also paid a courtesy call on Duterte on Saturday, February 9, at the Matina Enclaves in Davao City.