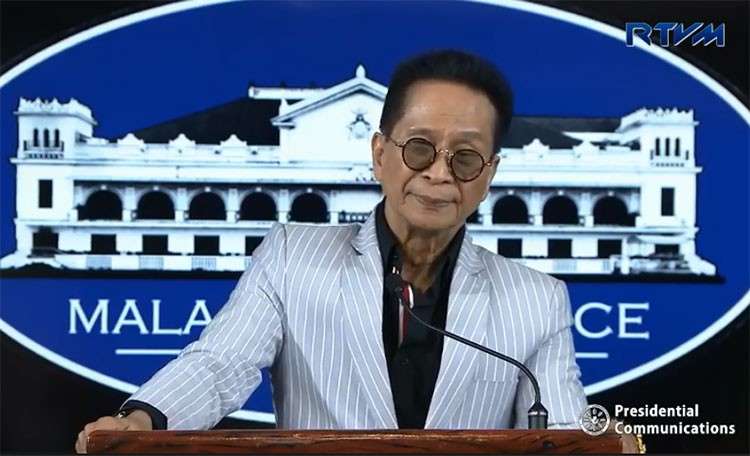 PRESIDENT Rodrigo Duterte has floated the idea of renaming the Philippines to "Maharlika" in a bid to assert the country's "national identity," Malacañang said on Tuesday, February 12.

Speaking to Palace reporters, Presidential Spokesperson Salvador Panelo said he concurs with Duterte's plan to change the country's name from the Philippines to Maharlika.

He said the President was merely coming from a "historical perspective" since the proposed new name for the country was a Malay word that is suited for Filipino race.

"He (Duterte) said that (Maharlika) is a Malay word. Since we are Malays, we should have a name identified with us. I agree with him. I like the idea of 'Maharlika' name for the Philippines," the Palace official said in a press conference.

READ: Duterte agrees: PH should be called 'Republic of Maharlika'

"Siguro (Perhaps, the President's proposal is) more of asserting our national identity," he added.

On Monday, February 11, Duterte raised the possibility that in the future, he might rename the Philippines to previous proposed name "Maharlika," a term associated with the late dictator Ferdinand Marcos.

The Philippines was named after Spain's King Philip II in the 16th century, when the country was colonized by Spaniards.

The first one to make a proposal to change the Philippines name to Maharlika, allegedly means "nobly created," was then-Batasang Pambansa member Eddie Ilarde through Parliamentary Bill 195 filed in 1978.

The proposal, however, was criticized because of its association with Marcos, who also used "Maharlika" as a fake name for a guerilla unit during the Japanese occupation of the Philippines in the 1940s.

The Philippines defines the term "Maharlika" as feudal warrior class in ancient Tagalog society in Luzon. But in modern Filipino translation, it is referred to as "royal nobility."

The Constitution states that the country's name can be changed through a law and a plebiscite for the approval of the proposed new name.

Panelo said Congress may push for a measure introducing new name for the Philippines.

"The Constitution provides that Congress may enact a law that can change the name of the country and then submit it to the people for a referendum," he said.

(The lawmakers may rename it to Republic of Maharlika. We will be called the Maharlikans. Maharlikana for Filipina. Maharlako for Filipino. It's evolving as to how will we be called. Let's see. But it's an interesting idea.)

Asked if Duterte will actively push for changing the country's name, Panelo said, "No."