Bzzzzz: Check out this rumor: Tomas and Mike have a 'secret alliance.' And this: Luigi's grandpa 'backing' Jonas. 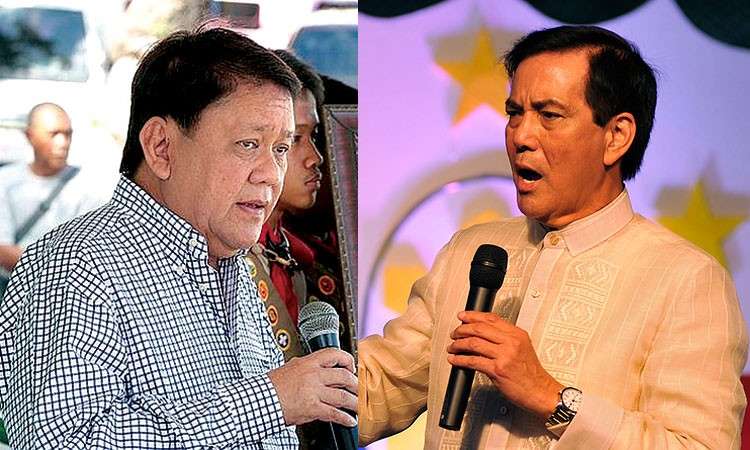 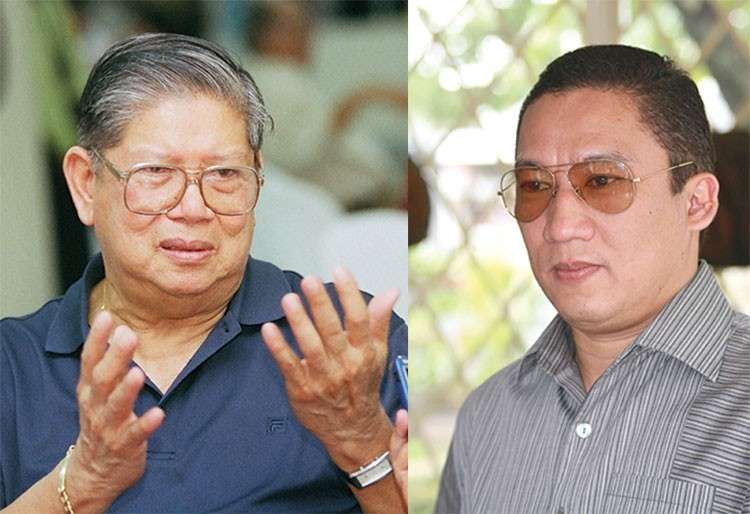 It goes against President Duterte's anti-corruption platform, say critics. He even boasts that mere "whiff of corruption' is enough for him to fire a public official. Now Duterte is endorsing Estrada who wants to return to the office he is accused of plundering.

And it's no "whiff of corruption," critics say of Jinggoy, but a "blast." An Anti-Money Laundering Council Report, which the Supreme Court admitted in evidence, says it found P629.2 million in nine bank accounts in Jinggoy's name, deposited from 2013 to 2014. Jinggoy is alleged to have received P157.6 million in rebates and commissions from Janet Napoles, was in one case convicted of defrauding the government over pork barrel funds.

Jinggoy's code name in the Napoles syndicate was "Sexy," according to fraud-insider-turned-state witness Benhur Luy.

First, the mandatory "caveat": these are rumors but large ones and still swelling as the local campaign period (starting March 30) looms a few weeks ahead. The big, fat rumors:

The first could be a concoction because the hatred of Mike for Tomas and vice versa is a documented fact. But then, we are told, anything, even the most outrageous or ridiculous, is possible in politics.

If it is part of some "dirty trick" strategy to divide, it is initially succeeding because it is being seriously considered by so-called political observers and the gossip is being passed around.

The "cold war" in the Quisumbing family has long been talked about but this week, a photo of NQ purportedly donating motorcycles to Jonas circulated with no response from the Luigi camp. It is possible the photo was an old one, when Jonas was still the mayor. Yet, un-refuted, the propaganda smear could hurt the morale of Luigi supporters.

True or not, the rumors would set off some tremors within each rival camp.

While speaking in Maguindanao Monday (February 11), President Duterte thought of changing "someday" the country's name "Philippines" to "Maharlika." Like Republic of Maharlika.

[] Not a new idea. Then senator Eddie Ilarde proposed the change in Parliamentary Bill #195 in 1978.

[] "Maharlika" was associated with martial law president Ferdinand Marcos who claimed he led a guerilla unit called "Mga Maharlika." The US Army branded the unit as fictitious; it did not exist. Worse, the US Veterans Administration and the Philippine Army in 1950 found out that a group called Maharlika committed atrocities against fellow Filipinos.

Change of name was an off-the-cuff remark of Duterte. Obviously not thoroughly studied. But offhand, Maharlika is a tainted name in our history although the word means "noble, nobility" (not serenity or peace," as the president said).

Decades ago, when the popularity of the Osmeñas in Cebu was on record high, there was a proposal in the House of Representatives to change the name of Cebu to Osmeña: like Osmeña City and Osmeña Province. The idea was quickly shot down by a number of sectors that thought (1) tampering with the historic name "Cebu" was unproductive and unwise and (2) being called Osmeñanos was weird.

And how would Filipinos be called under a Republic of Maharlika -- Ma'rlikanos?

A change of name wouldn't ensure prosperity and peace to the country. It is not the "pagbabago" that the nation needs. Re-branding could be a folly: often arduous and expensive. It could cost the prominence and goodwill the "Philippines" has earned through the decades.