Not on trees, fences, undesignated areas 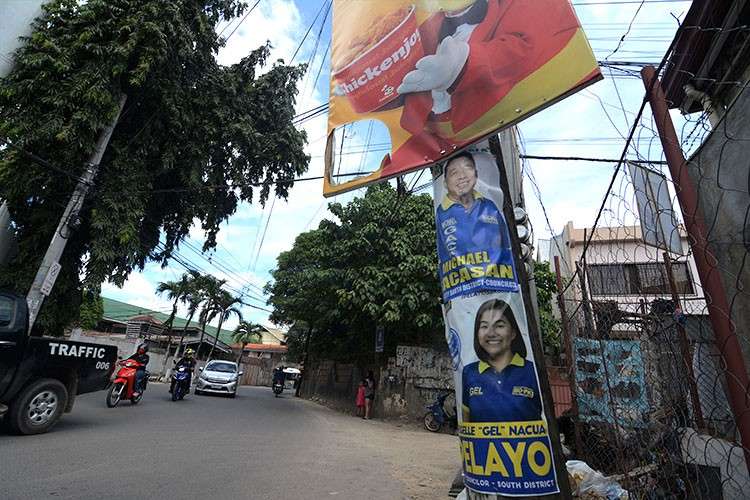 A campaign material can be considered illegal if it does not meet sizes specified by law, if these are posted outside designated posting areas such as on fences and trees, or are placed on government-owned vehicles and in government offices.

Aside from removing their campaign materials, the Commission on Elections (Comelec) can disqualify any candidate should he or she be found guilty of the violation, acting Cebu Provincial Election supervisor Jerome Brillantes said Tuesday, Feb. 12.

Local election offices have committees to monitor and remove illegally-posted campaign materials but, Brillantes said, the public can help.

Brillantes also urged the public to call the attention of candidates who allow their supporters to post materials on trees, in violation of environmental laws.

He also reminded candidates they are prohibited from giving donations or money during the campaign period.

A candidate supported by a party can only be allowed to spend P3 per voter within the jurisdiction, and independent candidates, P5.

Those who violate election laws will not only face disqualification from running or from being appointed to public office but also imprisonment.

Meanwhile, the Mandaue City Police Office took back its recommendation for the Comelec to heighten the alert level status of the city from yellow to orange. This was because the city’s election candidates agreed to enter into a peace covenant last February 4. There was no more need to increase the alert level of the city under guidelines for the Election Watchlist Areas.

But Entoma no longer expected trouble after the convenant was made and after police didn’t see any involvement of the Parojinog group in any of the parties. (FMD and AZLG of SuperBalita Cebu, JKV)