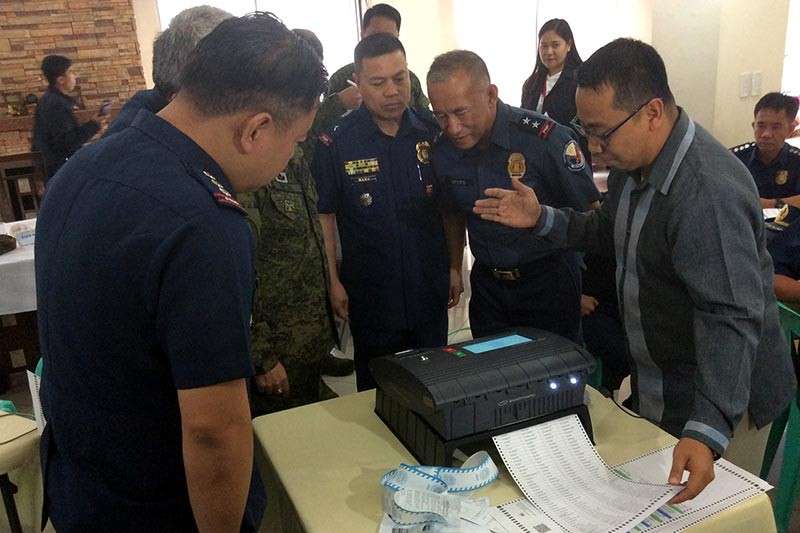 However, members of the Regional Joint Security Command Center (RJSCC) in the Cordillera are expected to come up with the list of election hot spots or areas of concern within the week.

During the second joint command conference at the Commission on Elections (Comelec) Cordillera office in Baguio City, regional director and lawyer Julius Torres said the Comelec en banc has given them a directive to finalize the list within the week.

“Initially, we are trying to finalize the list of potential election areas of concern and hot spots. We have to categorize them into four categories and we already have an initial list which still needs changes. We agreed to finalize this either by Friday or Saturday this week,” Torres said.

“On our ongoing evaluation and assessment, we are now in the process of evaluation and we will be having some workshops with our provincial joint security control centers,” added Nana.

On the possible assignment of police personnel to act as board of election inspectors (BEI), Nana assured the availability of the police once the electoral tribunal would request this.

“Our police who will be tasked as BEI’s in areas where teachers would not be present to process the elections are set to undergo the necessary trainings,” Nana said.

Torres added the Comelec will be getting the services of 11 police personnel who will serve in the municipality of Lagayan in Abra,

“Based on the election reform act, we can get the services of the police to act as members of the electoral board. We could not force the teachers to serve because this is on a voluntary basis,” Torres added.

PRO-COR is set to field some 5000 police personnel for the May 2019 Elections with additional support forces coming from the AFP if the need arises.