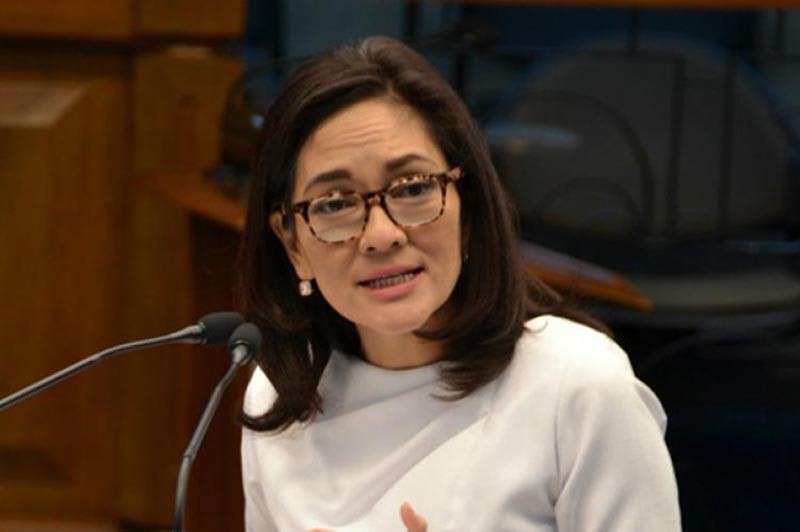 SENATOR Risa Hontiveros bragged about her legislative track record to show Davao City Mayor Sara Duterte-Carpio that she is not all talk about the issues in the society.

In an official statement, Hontiveros countered Duterte-Carpio's remark on her resignation instead of public Attorney's Office chief Persida Acosta amid measles vaccine scandal.

"I would like to thank Davao City Mayor Sara Duterte for once again taking the trouble to share her opinion about my work on democracy and human rights. Every time she attacks me, she validates my work and vindicates my positions on important issues," Honteviros said.

Hontiveros, however, bared her accomplishment such as the Mental Health Law, the Expanded Maternity Leave Law, the Strengthened Anti-hospital Deposit Law, the Safe Streets and Public Spaces Act, the Philippine HIV and Aids Policy law and the First 1000 Days Law up to the Positive Discipline Act.

"We have done the hard work. We have delivered. We do this even as we continue to add our voice of dissent to hold this government to account and defend democracy," she said.

In an Instagram post on Sunday, February 10, Duterte-Carpio said Hontiveros should be the one resigning because the lawmaker has “never once said something right", adding that urging Acosta to step down will not even solve the problem.

As a response, Hontiveros said that calling for Acosta's resignation is part of her solution as it would "remove the pseudo-science, fear-mongering and lies that hijacked the Dengvaxia discourse".

"It would help ensure an impartial investigation of the issue, end speculations that the matter is being politicized and prevent further panic and fear from being inflicted on the public," she said.

Meanwhile, Duterte-Carpio once again posted on her Instagram account saying that in every attack to President Rodrigo Duterte will only prove that the President is right.

“An attack is an attack. Do not use attack, validation and vindication in one sentence. Otherwise, your attacks against the administration are validation that PRRD is correct and therefore he is vindicated,” she said.