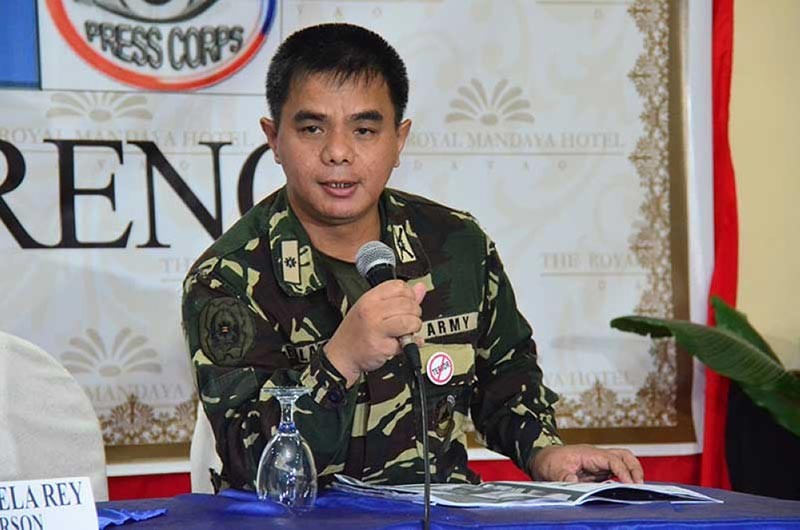 AS THE campaign period started, the Armed Forces of the Philippines (AFP) are on alert on possible extortion activities of the New People’s Army (NPA) and warned midterm election candidates not to give in to these “permit to campaign” and “permits to win” fees.

Eastern Mindanao Command (Eastmincom) spokesperson Lieutenant Colonel Ezra Balagtey said AFP units were directed to conduct security check in areas which are listed in election watchlist areas due to prevailing security threats. They are focusing on these hotspots.

“Giving in to their extortion does not guarantee their victory,” Balagtey said, adding it is "tantamount to vote buying. They can also be accused of aiding a terrorist organization.”

The rebel group demands payment from candidates for them to campaign freely in the hinterland that is within their area of operations. Should an individual receive extortion letters coming from the communists, they are advised to coordinate with the authorities for appropriate action.

“That is part of the intelligence operations na ginagawa ng ating mga units to monitor itong mga permit to win, permit to campaign at yong mga politicians,” Balagtey said in a press forum.

NPA, the armed wing of the Communist Party of the Philippines (CPP), have a high number of rebels in Davao region but Balagtey said the insurgency problem in the region is weakening due to the number of supporters and regular members who surrendered to the armed forces.

Section 4 of the Republic Act (RA) No. 10168, otherwise known as "The Terrorism Financing Prevention and Suppression Act of 2012,” states that: “Any person who, directly or indirectly, willfully and without lawful excuse, possesses, provides, collects or uses property or funds or makes available property, funds or financial service or other related services, by any means, with the unlawful and willful intention that they should be used or with the knowledge that they are to be used, in full or in part: (a) to carry out or facilitate the commission of any terrorist act; (b) by a terrorist organization, association or group; or (c) by an individual terrorist, shall be guilty of the crime of financing of terrorism.”