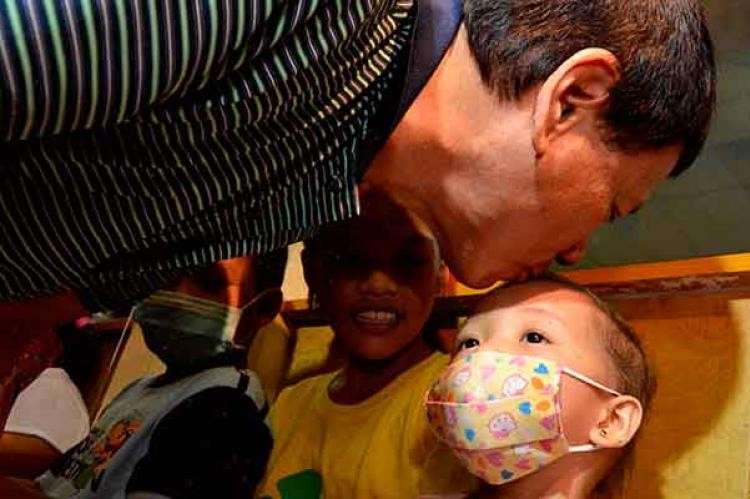 PRESIDENT Rodrigo Duterte donated his house in Margarita Village along J.P. Laurel Avenue, Davao City to the House of Hope, a charity group providing temporary shelter to children with cancer.

House of Hope Foundation vice president Fatima-Inderah Disomimba said during Kapihan sa PIA Friday, February 15, that the property was transferred to them last January based on a deed of donation signed by the President.

In the past years, Duterte allowed the use of his three-bedroom house at Margarita Village for the House of Hope but at that time, the title to the property was still under his name.

The Davao Children’s Cancer Fund, Inc. (DCCFI), or the House of Hope (aka Kids of Hope), mainly operates using donations.

They thanked the President for the support he gave to the foundation.

The original House of Hope transient house was located at the old building of the SPMC renovated by the Rotary Club of Waling-Waling. They also have another one at the Annex Building funded through Senator Pia Cayetano’s Priority Development Assistance Fund (PDAF).

Disomimba bared that SPMC averages 315 cancer patients per year all over Mindanao, and with these halfway houses, indigent patients will have a decent home to stay in while they undergo treatment.

There are currently three children with cancer staying at Margarita Village halfway house. Sometimes, doctors and nurses coming from outside Davao City who are undergoing training at SMPC use the Margarita Village house as their accommodation as well.

Duterte has been one of the active supporters of the House of Hope even when he was still a mayor. He regularly visits the center during Christmas and other special occasions.