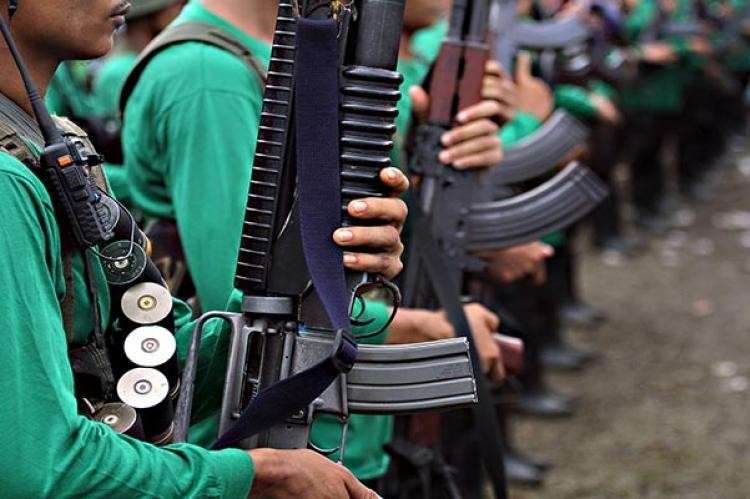 Major General Felimon Santos Jr., commander of Eastern Mindanao Command, expressed his appreciation on the collaboration and cooperation of the people in Peace and Development Zone (PDZ) and for their effort towards winning peace in the area.

"Way to go, we can achieve peace that we are longing and cut the cycle of insurgency if we put our acts together and resolve issues and concern being used by the NPAs as propaganda subject,” Santos said.

He added that Barangay Camam-onan, Gigaquit, Surigao del Norte is one of the declared PDZ in Caraga Region and has declared NPAs as personae non grata after 28 Militia ng Bayan (MB) surrendered to the 30th Infantry Battalion, 4 Infantry Division (ID) under Lieutenant Colonel Allen Raymund Tomas on February 15 bringing along seven assorted firearms.

This barangay was also considered as Conflict Affected Areas (ConAAs) in the province of Surigao del Norte but was declared PDZ on August 28, 2018.

The formal declaration was led by Inday Flor Bangga, barangay chairwoman of Camam-onan, while the surrender ceremony was presided by Gigaquit Mayor Elvira Egay.

Aside from the MBs, there were also other 267 members of Underground Mass Organization (UGMO) who surrendered to the government.

“The PDZ is a joint peace-building initiative of the Regional Peace and Order Council and the Regional Development Council of Caraga Region in ConAAs which promotes the establishment of durable peace by addressing the root causes of conflict through reconciliation, peace constituency building, social, political and economic transformation,” Santos said.

It can be recalled that the local government unit of Sibagat, Agusan del Sur has earlier declared the CPP-NPA as persona non grata through a Municipal Resolution Number 137-18 dated December 21, 2018 following the abduction of two soldiers and 12 militiamen on December 19, 2018.