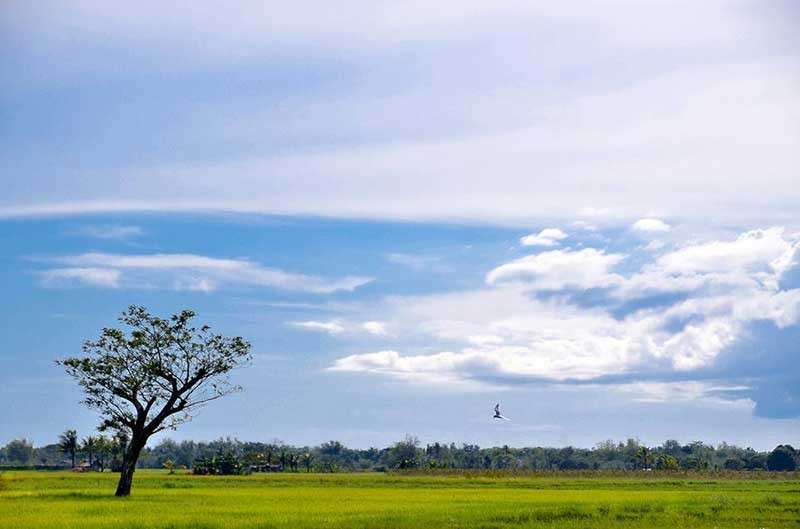 THE Provincial Government of Negros Occidental, through the Office of the Provincial Agriculturist (OPA), is bracing for the possible effects of the newly-signed rice tariffication law among farmers in the province.

Japhet Masculino, provincial agriculturist, said on Sunday, February 17, there is an urgent need to prepare local rice farmers to cope with the challenges brought by the tariffication measure.

Masculino said one major effect of tariffication would be cheaper price of imported than locally-produced rice.

“Our farmers really need the help of the government mainly in terms of lowering down production cost and increasing productivity,” he said, adding that necessary interventions should be done immediately given the little time to prepare as the implementing rules and regulations (IRR) may be out soon, most probably within the year.

Duterte certified the rice tariffication bill as urgent in October 2018 in a bid “to address the urgent need to improve availability of rice in the country, to prevent artificial rice shortage, reduce the prices of rice in the market, and curtail the prevalence of corruption and cartel domination in the rice industry.”

A month after the President certified the measure as urgent, a report on the bill was ratified by the bicameral conference committee.

Under the rice tariffication bill, quantitative restrictions on rice importation are lifted and private traders are allowed to import the commodity from countries of their choice.

The bill imposes a 25-percent duty on rice imports from the Association of Southeast Asian Nations member-states and a 50-percent rate on imports from non-members of the regional bloc.

It can be recalled that the country’s economic team has been pushing for rice tariffication, saying this should bring down the prices of the country’s staple and weaken inflation.

Masculino said one measure to reduce production cost of Negrense rice farmers is mechanization, which the provincial government has already been implementing since last year.

Masculino said if the government can seriously implement mechanization by providing funds for purchase of machineries, it would be a big help because labor comprises more than 50 percent of the total production cost.

“Our mechanization accomplishment, especially in the planting and harvesting stages, is still minimal,” he said, adding that “if we can just fully mechanized at least our irrigated areas of 40 hectares, it would already be a big thing.”

It can be recalled that the province already funded P25 million for farm mechanization last year.

The provincial agriculturist, however, said the amount is too small for about 100,000 rice farmers in Negros Occidental with about 65,000 hectares farms.

As he pushed for more funding for mechanization, Masculino said they are optimistic that the implementation P10-billion Rice Competitiveness Enhancement Fund (RCEF) as provided by the tariffication law will be fast tracked.

“If we can just provide even half of the subsidy given by foreign governments to their farmers, then we can be able to enable our farmers further boost production and compete,” he added.

The RCEF program could have been implemented two years ago so the local farmers have prepared, Masculino also said.

In terms of improving productivity, OPA is pushing for the provision of good variety and quality seeds as well as aggressive extension services to the farmers.

This means that Negrense farmers should be retooled on farming technology, while the agriculture extension workers are given additional incentives.

Masculino said there should also timely arrival of farm inputs like seeds and fertilizers.

“If we are not able to prepare our farmers, we could expect higher incidents of poverty among rice farming communities in the province,” he said, adding that there is a need to “triple time” the implementation of measures to counter the possible adverse effects of rice tariffication.

As they wear black shirts on Monday, February 18, employees of the National Food Authority (NFA) in Western Visayas including Negros Occidental are protesting against the new law on rice importation.

For them, Monday is a day of mourning for the “death of the rice industry in the Philippines.”

Amid apprehension on the removal of regulatory function of the NFA, the employees believed that there is a huge possibility of mass layoff among workers of the agency.

Maverick Misajon, president of NFA-Negros Occidental Employees Association, said on Sunday, though pending the IRR, the law will render the agency as inutile.

Misajon, also the the regional president of NFA Employees Association in Western Visayas, said the government has abandoned its responsibility of providing affordable rice to the people.

“There will be no price monitoring and control as NFA rice will no longer be available through accredited retailers,” he said, reiterating that some provisions of the then proposed bill are "anti-farmer and anti-people.”

The “bloody” fight is not yet over for the employees as they will continue the protest to the Supreme Court.

Misajon said employees along with small-scale farmers groups and grains businessmen and traders nationwide will question the legality of the newly-signed law in the highest court.

“We will join in this battle,” Misajon said.

In Western Visayas alone, there are about 200 NFA employees joining the protest. Of which, 37 member-employees of the association.

“The administration, particularly the President, has even conducted a dialogue with the farmers and other stakeholders yet the bill was still signed in full form,” he added.