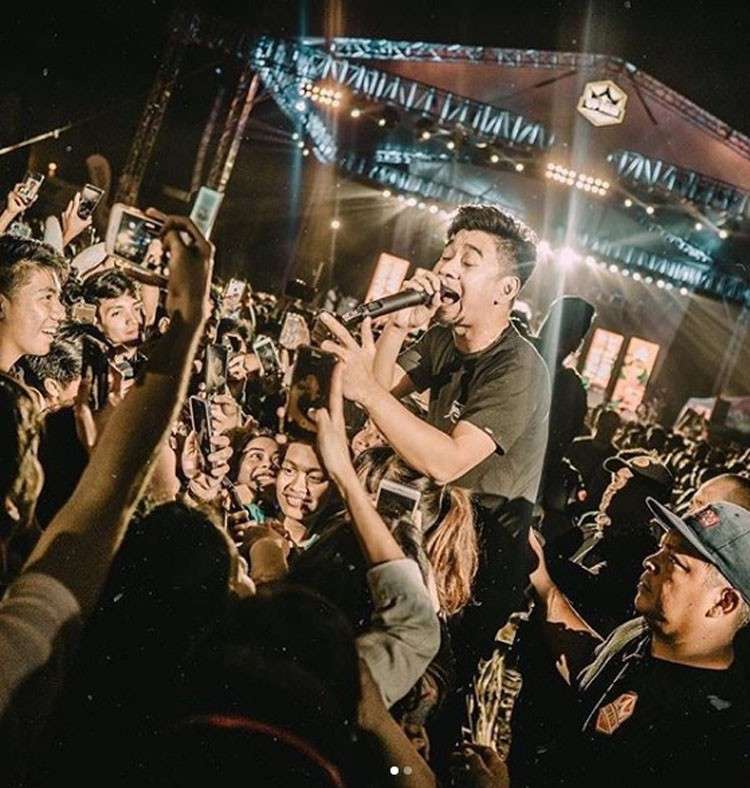 A CO-HOST of a noontime show in ABS-CBN performed the theme song of the noontime show of their rival network, GMA, at a university fair.

Teddy Corpus, lead vocalist of the band Rocksteddy and a co-host of ABS-CBN’s noontime show It’s Showtime, sang a part of the theme song of GMA 7’s Eat Bulaga.

Corpus performed the song in the University of the Philippines Diliman campus university fair around 1 p.m. on Saturday, February 16.

After a couple of ideas and suggestions from the crowd, the band suddenly played the theme song of Eat Bulaga as requested by the crowd. The crowd cheered as Corpus sang “Sina Tito, Vic, at Joey” part of the song.

After performing the song, Teddy laughed stating that the crowd was nuts in a playful manner for suggesting the song.

He said that even when he was little, Eat Bulaga was already there.

After a few minutes, he jokingly sang the theme song of Wowowee that is hosted by Willie Revillame.

”Wowowee sinong di mawiwili...” he sang as he held his laugh.

Moreover, the crowd laughed when Corpus said a few famous lines from the show. Afterwards, the band went on again with their other songs.

Corpus ignited the crowd as their band performed “Deadma.”

He said some lyrics from the song relates to the crowd.

The crowd roared as the band performed. The show ended around 2p.m. on Saturday. (Von Daniel R.Plasencia, USC Intern)