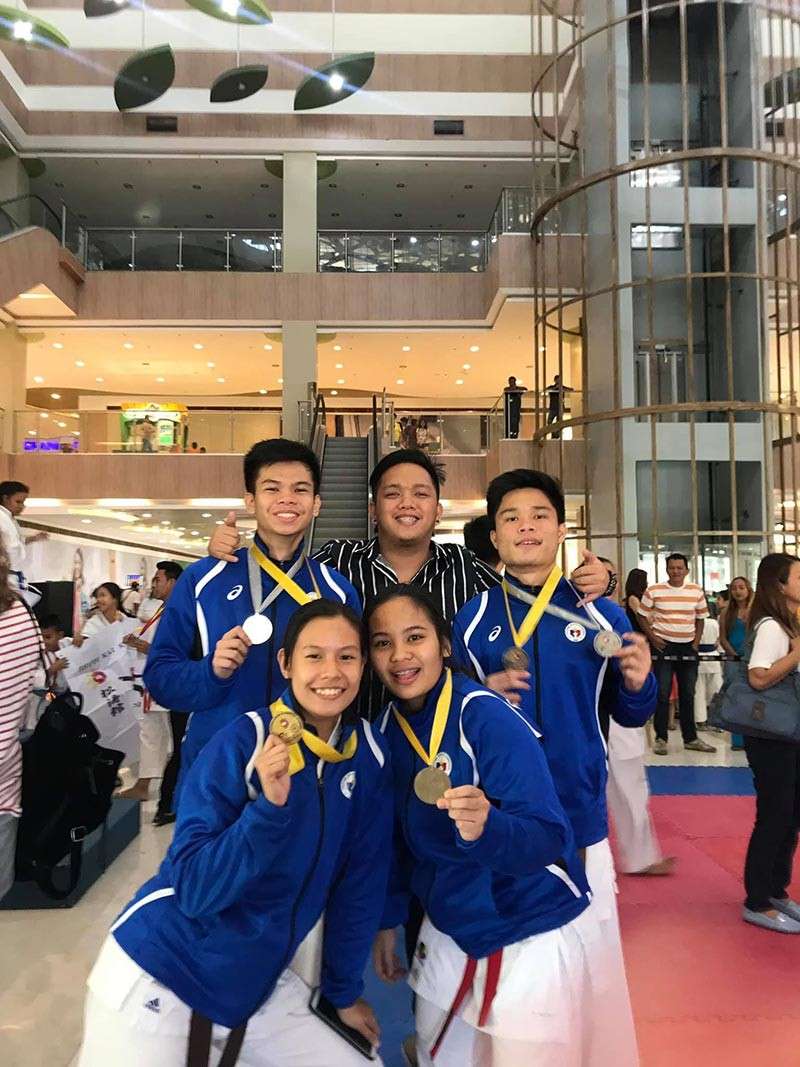 MEDALISTS. Some members of the AAK Fairlanes medalists, led by Gabriel Quiñones and Julian Ambrose Ramirez, pose after the awarding ceremonies of the 1st Karate Pilipinas Region 11 championships held Sunday at the Gaisano City Gate. (Photo from Gabriel Quiñones Facebook)

THE Association for the Advancement of Karatedo (AAK) Fairlanes collected 13 gold medals, six silvers and three bronzes to rule the the 1st Karate Pilipinas region 11 championships held Sunday at the Gaisano City Gate.

The top three placers, according to Karate Pilipinas regional director Rommel Tan, will advance to the national finals set in May.

Tan said the officiating team from Manila was headed by Bernard Alvarina and Ricky Elinon, both Asian Federation licensed judges/referees.