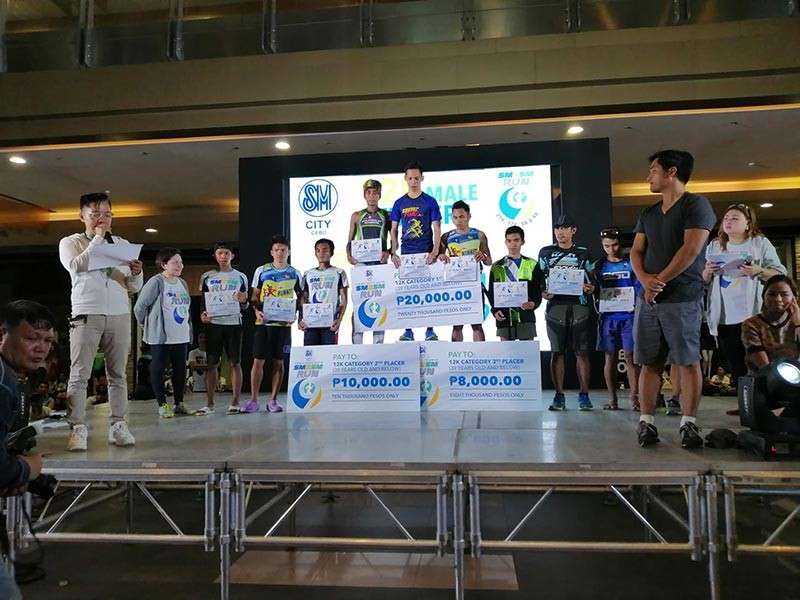 FORMER Davao City standout Sonny Wagdos, 24, aims to earn a spot in the Southeast Asian (SEA) Games 2019-bound national track and field team after he bagged the men's 12K title of the SM2SM Run Sunday at the SM City Cebu on Sunday, February 17.

Wagdos, an enlisted personnel of the Philippine Air Force (PAF), timed 40 minutes and 40 seconds, racing past Bobby Tadlas of Bukidnon (41:14) and Arlan Arbois Jr. of Davao City (41:20) who placed second and third, respectively.

Wagdos, in a Facebook interview with SunStar Davao on Monday, February 18, said, "Maayo nalang natugtan ko mudagan. Naka-order man mi ni Poliquit nga dula rami karun nga tuig (It's good I was permitted to race. Rafael Poliquit and I were given an order to just race this year)."

He was pertaining to Tagum City's Poliquit who ruled the men's 21K event of the Cebu race.

The Prosperidad native from Agusan del Sur will compete in men's 1,500 and 5,000m events in the National Track and Field Open Championships in Ilagan, Isabela slated March 7 to 9.

"Excited jud ko magqualify kay diri man gud ang SEA Games. Medyo nakarecover naman ko. Basin ma hit nako akong mga time dati (I'm excited to qualify in the SEA Games since it will be held in the country. I have recovered from an injury. I might break my personal best time before)," he said in the vernacular.