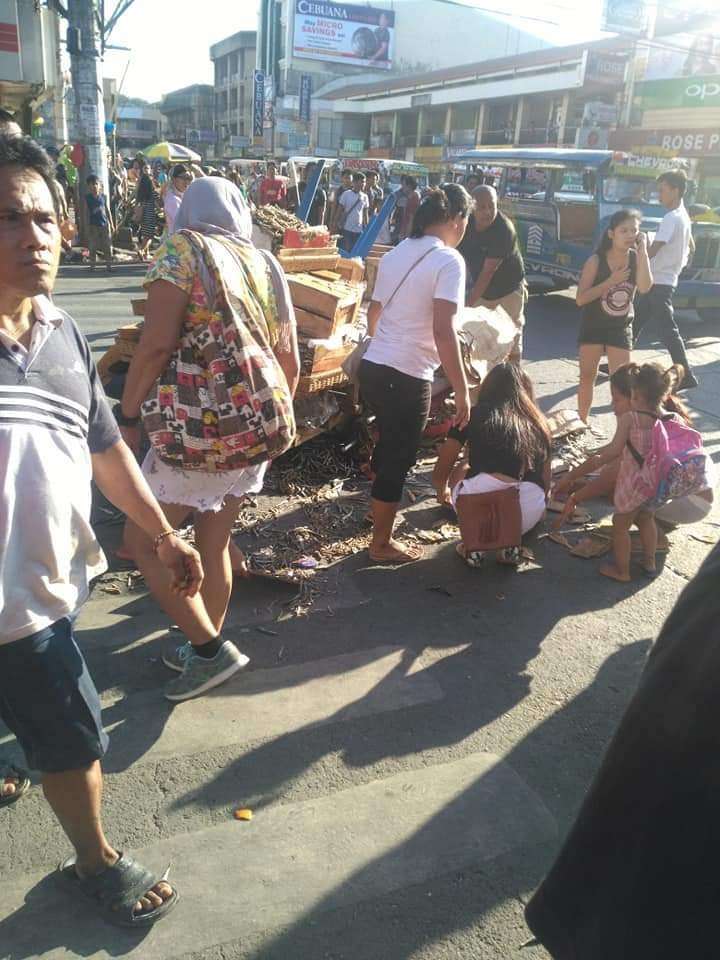 CAGAYAN DE ORO. Market goers helped a vendor picked up his dried fish products that fell on the streets in Cogon market following an altercation with the traffic personnel. (Photos by JoyJoy Ebrona)

A CAGAYAN de Oro councilor urged market vendors to follow the time ruling in displaying their products in sidewalks, otherwise they will face the risk of getting arrested.

Councilor Ian Mark Nacaya said market vendors should stick to the 7 p.m. to 4 a.m. schedule or else face arrest.

Nacaya, chairman of the City Economic Enterprise Department (CEED), the office that oversees the city's markets, said this when asked for a comment of a viral post in social media that shows a vendor's dried fish products thrown at the streets while the traffic enforcers apprehended the vendor.

In the post of Joy Joy Borres Ebrona, market goers helped picked up the dried fish which fell on the streets last Sunday. The post now has over 300 shares.

Vendor Mark Gomera was arrested immediately after the commotion.

A police report said Gomera tried to hit the traffic personnel with a wood after being confronted.

But the urban poor group Kalipunan ng Damayang Mahihirap (Kadamay) in Northern Mindanao said this has always been the usual scenario in public markets here.

Kadamay chairperson Francisco Pagayaman urged vendors to document these abuses and also called on the city officials to treat the vendors with respect and zero violence.

Councilor Nacaya meanwhile said the only way to avoid getting arrested is to stick with rules set in the market, as law enforcers will always do their job.