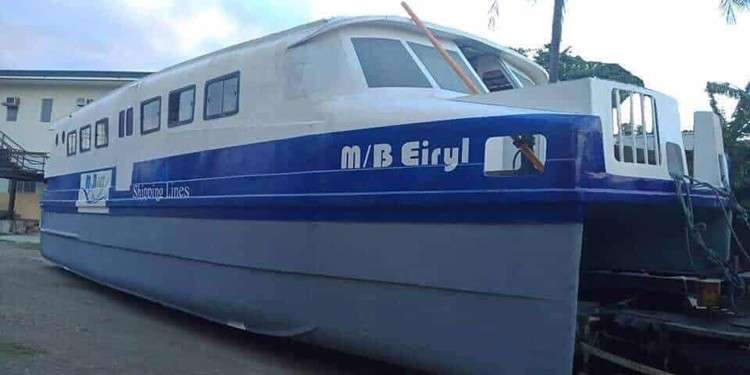 Sea taxis are almost complete and will be carrying passengers from the City of Naga to Cebu. (Contributed photo)

WITH the lingering traffic problem in Metro Cebu, a shipping company urged local government units (LGUs) along the coast to prepare their ports for sea transport.

“This will push private companies like us to invest in sea transport to help residents go from city to city without encountering traffic that will take up most of their time and strength. We will be happy to serve the residents as long as the LGU will prepare a place where our vessels can dock,” Mejia said.

The MCE Shipping Lines launched their fleet of passenger vessels that will transport residents of southern towns who often get stuck in traffic, particularly in Talisay City and Minglanilla town.

Company officials inaugurated their first vessel, M/B Eiryl, and their proposed sea jeepneys that will ply the City of Naga-Talisay City route and vice versa.

“We will be operational in March. Our fleet will consist of eight Catamaran-type vessels for long distance travel and two sea jeepneys for short distances,” he said.

Mejia said M/B Eiryl has a seating capacity of 64 passengers. The trip from the City of Naga to Cebu City will take 30 to 38 minutes and will cost P60.

Also included in the fleet are sea jeepneys with a seating capacity of 15 that will travel from Cebu City to Talisay and vice versa. It will dock in the Malayan Beach.

The company has proposed a fare of P25 to P40 for the eight-minute trip.

A sea jeepney route is also being eyed in Minglanilla.

Operations will officially start in March when the vessel is done and when permits from the Maritime Industry Authority (Marina) are ready.

Mejia said they also plan to ply the Cebu City-Liloan route and other towns in northern Cebu in the town. A route to Danao City is also being surveyed, he said.

“We can’t just dock anywhere so there has to be research like the tides or waves of the particular location to see if our vessel can sail there,” he said.

Vice Admiral Narciso A. Vingson Jr., Marina national headquarters chief, said the MyBoat fleet would be a huge benefit to the Cebuanos. (JOB)