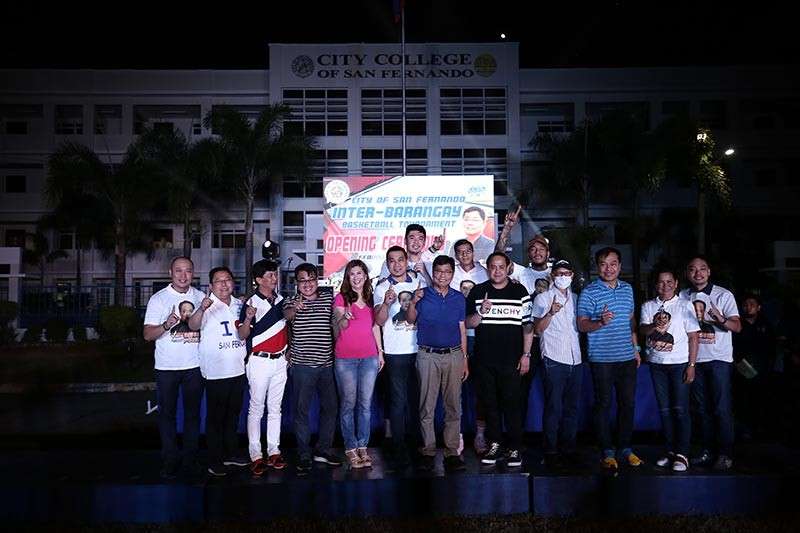 THE Heroes Hall grounds in the City of San Fernando over the weekend was jam-packed with young Fernandino basketball players and dance groups as the city hosted the opening of the inter-barangay basketball tournament, alongside a dance competition.

“Aside from unity in sports, like basketball, this is also a way to recognize Fernandino athletes who excel. We are doing this for the aspiring basketball superstars because we want you to achieve your dreams,” said Santiago.

Pineda, who visited the ceremony, together with other prominent Kapampangan PBA players such as Arwind Santos, Ian Sangalang, and Calvin Abueva, urged the players to instill discipline when they play.

“We have plenty of great players here in the province of Pampanga and we are happy that the City of San Fernando continues to nurture your basketball skills. But always remember that discipline comes with excellence in sports,” Pineda said.

Meanwhile, seven dance groups from different villages in the city participated in the Extreme Fernandino Dance Crew - the Ultimate Showdown.

These groups showcased a mixture of old and contemporary concepts, including a representation of Kapampangan cultures and traditions.

An all-male crew, “Vivacious,” from Barangay Lourdes, emerged as winners in the said competition.

“Dance is a form of exercise and art. Dancing is part of our history, and we are in full support to our dancers,” Santiago said.

The two events were staged in line with the celebration of San Fernando’s 18th Cityhood Anniversary or Kaganapan. (PR)