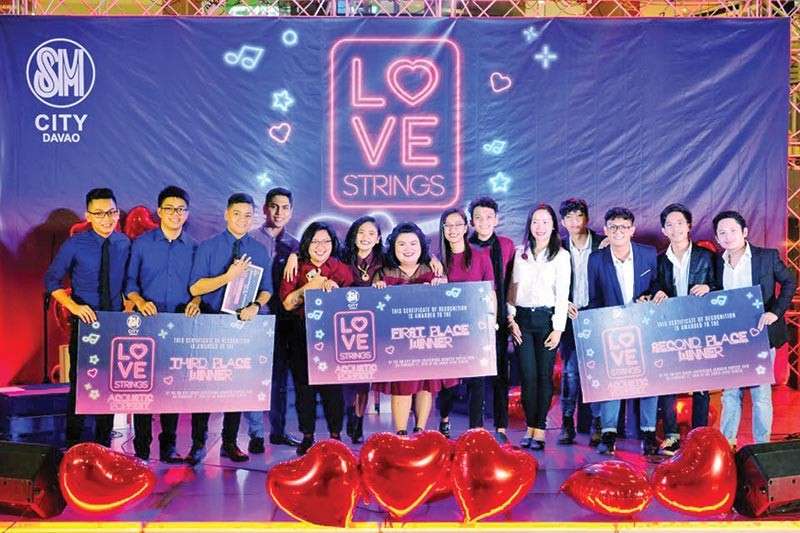 FEBRUARY is not just about celebrating love, for SM City Davao, it is also a celebration of music and talent.

Out of nine talented homegrown acoustic bands, the Crescendo Acoustic was hailed as the champion for this year after its moving and grand rendition of Apo Hiking Society’s Mahirap Magmahal Ng Syota Ng Iba and Gugmang Maka of Russel "Ching" Alegado.

They won a P20,000 cash prize and a chance to perform live in future events of SM City Davao.

The program ended with a bang as singer-song writer Janine Teñoso serenaded the crowd with her amazing performance.