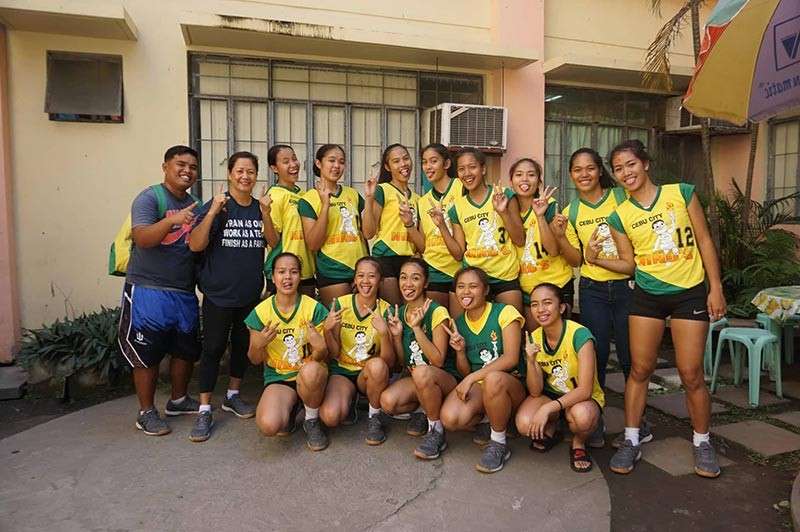 Defending champions Cebu City Niños defeated host Dumaguete City in straight sets to tally their third victory in as many games on Tuesday, Feb. 19, at the Asian College Gym. Cebu City previously defeated Bogo City and Bohol Province before the game against Dumaguete City that gave them a ticket to the next round.

Majority of the players for the Niños are from the Cebu Schools Athletic Foundation Inc. (Cesafi) reigning champion University of Southern Philippines-Foundation (USP-F) with reinforcements from University of San Carlos (USC) and St. Theresa’s College (STC).

Cebu City wants to continue the winning tradition, as head coach Yolanda Rizarri aims no less than a regional title in volleyball--considered as one of the more popular sports in the country.

“Dreaming is free, so we want to dream high and get the title again. The team is eager to defend the crown so that we can return to the Palarong Pambansa,” Rizarri told SunStar Cebu in Cebuano.

First stop for Cebu City in the second round will be against Tagbilaran City on Wednesday.

“I think we can compete against any team here. We just have to stay focused in every game. So far, it’s going well for us,” said team captain Mitzi Panangin, who was part of the championship team last year.

Panangin added that she feels no pressure in being the skipper as most of her teammates are trusted and proven players that have played in the Cviraa, Palarong Pambansa and Cesafi.

“As a team captain, if they get discouraged, I’m just there to cheer them up and tell them to focus on the next play,” she said.

If there’s one team Cebu City considers as a threat to their quest as repeat champions, it’s their Cebu neighbor— Cebu Province.

“I think Cebu Province is one of the contenders this year based on our own perspective,” said Rizarri.

“We’re glad to know that a champion team considers us a threat. It’s also the same for us too. We consider them as the team to beat,” said Cebu Province coach Ernestina Sabonsolin in a separate interview.

Cebu Province is currently unblemished in their first three games with wins over Talisay City, Bais and Carcar City. The team was playing against Siquijor as of press time.

The players from Cebu Province come from Liloan, Catmon and Medellin, among others. More than five of the players have seen action in the Inter-Cities/Municipalities Under-18 Governor’s Cup Volleyball Tournament organized by the Cebu Provincial Sports Commission (CCSC).

One of the team’s ace players is Medellin-native Stephanie Bustrillo, who suited up in the previous season of Governor’s Cup Volleyball Tournament.

“The team has been training for this tournament. I think the experience they got from an event like the Governor’s Cup will be a factor for us,” said Sabonsolin.

Aside from the exposure from other tournaments, Sabonsolin pointed out that team effort and communication would be the vital key in reaching the team’s goal.

The winner of the Cviraa meet will represent Region 7 in the 2019 Palarong Pambansa in Davao City.

Over at the tracks, Cebu Province proved that its two gold medals on Day 1 were no fluke. The Cebu Province track and field team hauled a total of six gold medals in two days of competition at the Macias Sports Complex.