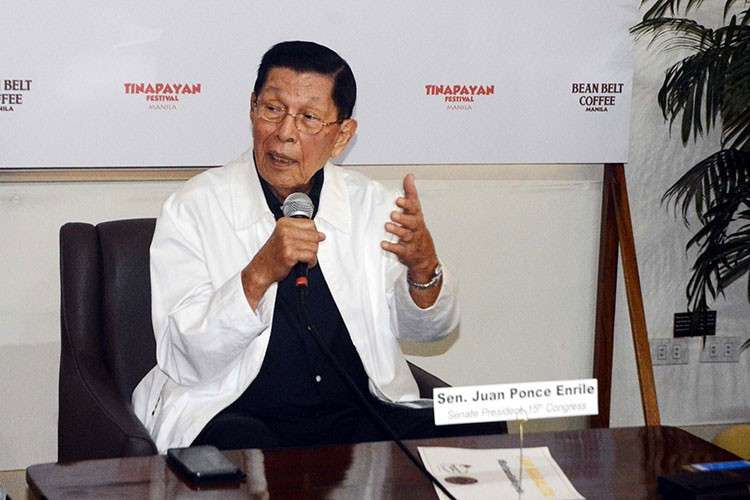 FORMER Senate President and senatorial candidate Juan Ponce Enrile warned the government that thousands of sugar farmers and workers “will go hungry” if the deregulation of sugar importation proposed by the country’s economic managers is implemented.

“I urge the government to avoid the inordinate importation of commodities like sugar to protect our sugar farmers and worker and their families who will go hungry if the government will not protect them,” Enrile, who is vying for a Senate comeback in the upcoming 2019 midterm elections, said in a statement.

He said the sugar industry contributes about P120 billion annually to the national economy through the sale of raw and refined sugar, molasses, bioethanol, and biopower.

The industry also employs about 84,000 farmers and 720,000 workers in 28 sugar-producing provinces in the countries, all in all providing the primary source of livelihood for five million Filipinos.

Aside from the loss of income for sugar labor force and their families, Enrile also warned against economic losses.

“Hundreds of billions of pesos have been invested in dozens of raw sugar mills, refineries, bioethanol distilleries, and biopower generating plants. The government must aid the industry so that these will not just become billions down the drain in case liberalization of imports is pursued,” he said.

Enrile clarified that though he supports measures that “could reduce the cost of sugar for ordinary Filipinos,” this must be balanced with a desire to protect the interest of local farmers.

“We have to focus on long-term solutions rather than short-term steps. For the sugar industry, as with the rice industry, we must focus on investing in the capability of our local farmers. Ang kailangan diyan dagdag na pondo para sa research at development para tumaas ang productivity,” he said.

Budget Secretary Benjamin Diokno announced last month that the country’s economic managers are eyeing the deregulation of government restrictions on sugar imports, adding that sugar “is next on their list” after deregulating rice imports.

Diokno said the move is intended to “put pressure” on domestic sugar products to compete with the global market in terms of the price of sugar. (PR)