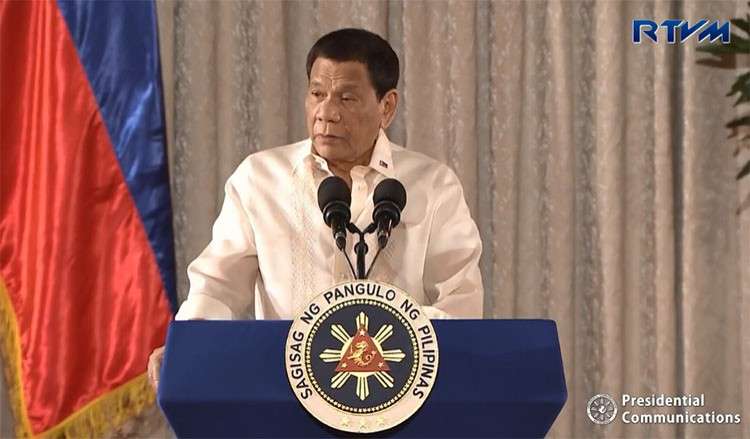 PRESIDENT Rodrigo Duterte revealed on Wednesday, February 20, that it was 19-year-old Ashley Abad who possessed the party drug ecstasy that led to her "sordid" death in January.

Duterte made the revelation in a speech delivered at Palace's Rizal Hall, as he vowed to be "harsher" in stamping out illegal drugs "in the days to come."

He also issued the remark more than two weeks after he met with Abad's parents at Malacañan Palace.

(The parents are complaining. They want justice. But they saw, the forensics examination recovered the... She was the one who was actually texting another girl, telling her that she has to reserve one for her boyfriend, who remains missing until now.)

(And to make a long shot guess that it came from the boyfriend, it came from her. She had the illegal drugs. She was the one who texted that the other one was for her boyfriend. So her mother and father cannot...)

Abad died of drug overdose after attending a pre-Sinulog concert in Cebu. She collapsed during the concert on January 19 and died the next day.

Nel Spencer Tiu, boyfriend of Abad, appeared before the Cebu City Police Office (CCPO) on February 13 and denied that he was the one who gave her the party drug ecstasy.

CCPO investigators have identified the person responsible for giving the ecstasy to Abad, but refused to divulge the name of the person so as not to preempt the ongoing investigation on her death.

The President admitted that he had wanted to "cry" because of Abad's death.