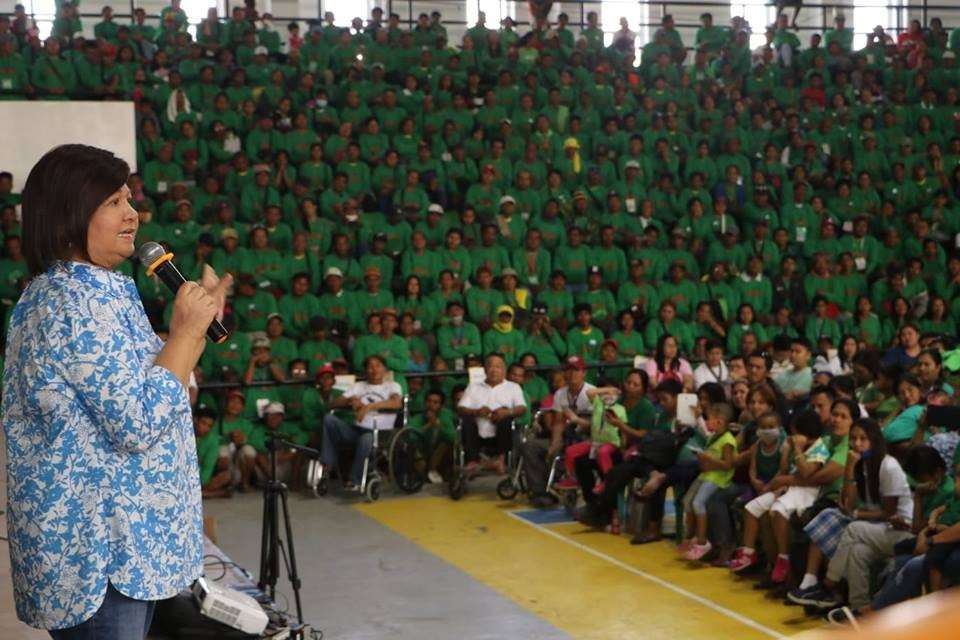 PAMPANGA. Governor Lilia Pineda addresses thousands of persons with disability (PWDs) and scavengers during the multisectoral assembly held at the Bren Z. Guiao Convention Center in the City of San Fernando on Monday, February 18, 2019. (Photo by Chris Navarro)

SOME sectoral groups in Pampanga province shared their testimonies on the benefits that they received from the provincial government’s programs.

The also expressed support for the mother-and-son tandem of Governor Lilia Pineda and Vice-Governor Dennis Pineda. The incumbent governor is running for vice governor while son Dennis is seeking the gubernatorial post in the May 2019 elections.

Despite having been sick with pneumonia days before the quarterly assembly of sectoral groups in the province, the governor graced the event and reiterated to the 3,775 members the all out support of the Capitol for them.

Pineda, who is serving her third term as governor, said, "I am running in this upcoming election as Vice Governor. And it is he (Vice-Governor Dennis "Delta" Pineda) I still want to work with."

Vice-Governor Pineda, for his part, vowed that if ever given a chance to win as governor, he will continue and improve the programs of his mother (Governor Pineda) that benefitted a lot of Kapampangans, especially in terms of health and education.

One of the cancer patients, Grace Ilagan, lauded the mother-and-son tandem for attending to their medical needs and prioritizing the sectoral groups.