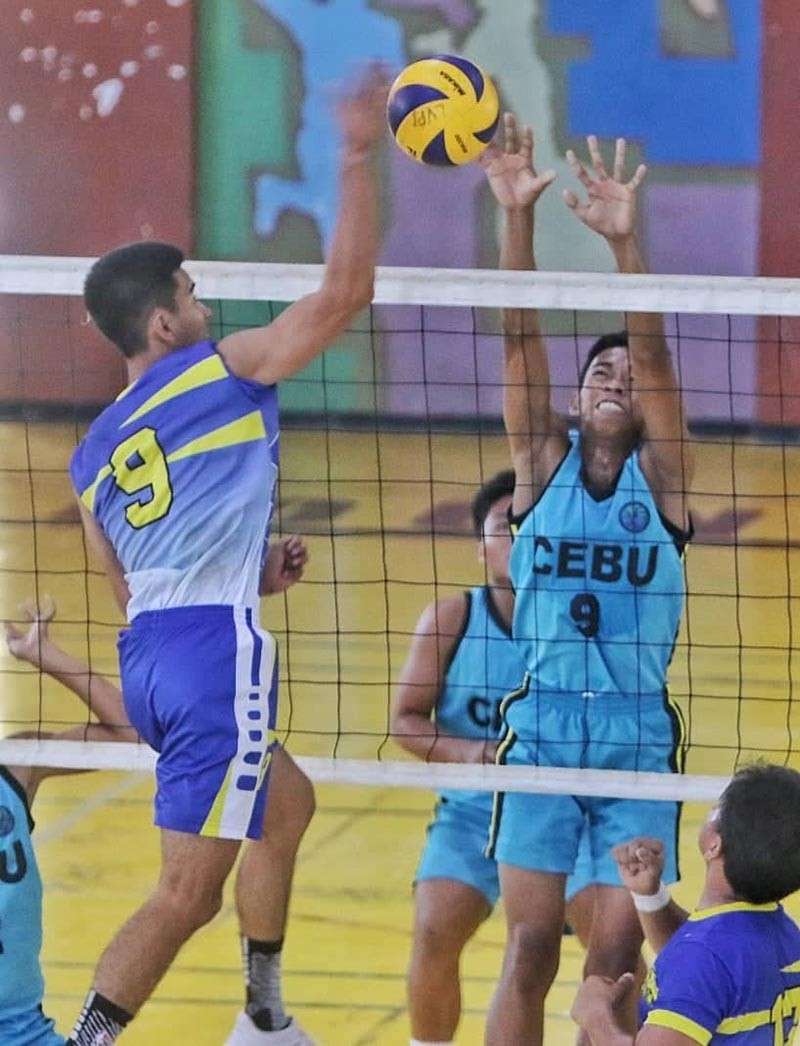 JUST ONE MORE. Cebu Province is one win away from winning the gold medal in boys’ volleyball. (SunStar photo / Alex Badayos)

TONY Ompad pumped his fist in the air followed with a wild celebration as a handful of their supporters chanted “Cebu Province, Go” at the Foundation Preparatory Academy gym in Dumaguete City on Wednesday, Feb. 20.

The ace spiker for Cebu Province did this after scoring a powerful attack for match point en route to a stunning win over erstwhile defending champion Cebu City Niños, 25-23, 13-25, 25-21, in the semifinals of the secondary boys’ volleyball in the 2019 Central Visayas Regional Athletic Association (Cviraa) meet.

Cebu Province is now a game away from the title. They had everything to celebrate as it was their first time to beat the powerhouse Niños in a knockout match.

Ompad, who studies at Silangan Integrated School in Bantayan Island, carried the team on his shoulders, scoring most of the points in the latter part of the deciding third set, including the match point that put them ahead at 24-20 before the game ended at 25-21.

The Grade 11 student badly wanted to bring the team to the championship match in his last year for Cebu Province after failing to make it to the gold-medal match last year in Tagbilaran City.

“I just played my game and reminded my teammates to be always ready for receive or attack. In my three years as player in the Cviraa, we never beat Cebu City. This is the first time for me,” said Ompad, who will lead his team in the championship match against either Mandaue City or Bohol Province.

The outcome was still unsure in the third set, which saw a lot of lead changes. It was only in the latter part that Cebu Province got a two-point edge at 20-18 before dethroning Cebu City with a four-point margin, 25-21.

“It was a close game, and we are happy to get the win and advance to the championship,” head coach Renato Sisles told SunStar Cebu in Cebuano after the game.

Sisles said that in his seven years as part of the team, it’s the first time that Cebu Province won against Cebu City.

The bench tactician described the victory in a modest way.

“We trained hard for the regional. It’s unexpected for us to beat Cebu City. But I think also one of the factors is that they (Cebu City) have some key players who were not able to play,” he said.

“We did not change our lineup. Sometimes it’s hard for us to form a formidable team since most of the strong players from the province will opt to play in varsity teams in Cebu City or other places,” added Sisles.

Cebu City had an emphatic response with a dominating second set, 25-13, to extend the game that has a championship atmosphere to deciding third set.

“Before the game, I told him to take control and use your experience to bring this team to the championship,” Sisles said of his ace player Ompad.

The next game for Cebu Province would determine whether they make it to the Palarong Pambansa.

Bohol and Mandaue City were playing their separate semis as of press time.

“I think they’re both strong teams, but Bohol is more of a defensive team and they have a quick attack. We will be ready on who we will face between the two,” said Sisles.