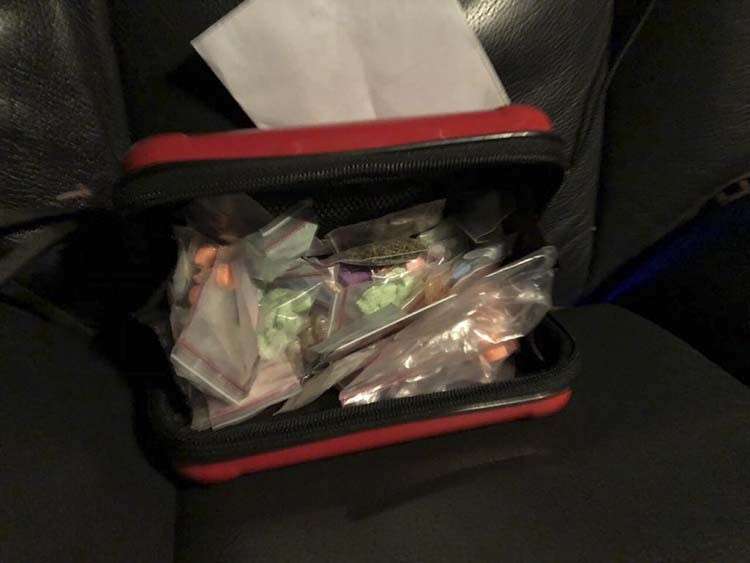 AN ALLEGED ecstasy dealer out on bail was killed in a drug bust on Friday, Feb. 22 in Barangay Zapatera, Cebu City.

Ken Kenneth Rosales, 31, of Tres Borces St., Barangay Mabolo, Cebu City was identified by drug enforcers to be a major source of the party drug ecstasy in Metro Cebu.

He was named by two college students who were arrested hours earlier for selling ecstasy, as their supplier.

Upon their arrest, Justin Anthony Jimenez, 23, and Lorenz Jasper Yap, 21, both enrolled in a private university, named Rosales as their source.

An Rsog 7 agent then posed as buyer and ordered ecstasy from Rosales who agreed to deliver the goods somewhere on Sepulveda St., Barangay Zapatera, Cebu City.

Upon arriving at the meeting place at 1:45 a.m. Feb. 22, Rosales sensed something awry and before he could confirm his gut feeling, the police swooped on him.

He tried to flee in his black Volvo but was blocked by police cars. Police said Rosales refused to yield and began shooting at them.

Police fired back; Rosales was hit in the feet but continued to drive and find an exit.

Police continued shooting and they hit him in the body. The Volvo stopped.

Police pulled Rosales out his car and rushed him to the Cebu City Medical Center but the 31-year- old man died on the way.

Drug enforcers found in the trunk of his Volvo packs of colorful tablets said to be ecstasy and four packs of what looked to be cocaine.

On July 18, 2013, Rosales, then 25 years old, was arrested in a buy bust for selling shabu and cocaine. He was released on bail.

Medina said Rosales was the supplier of party drugs in Metro Cebu.

Medina said Rosales got his supply from the big boss who is based in Manila. The big boss is a woman as shown in a 2018 drug matrix presented by the RID.

Rosales was next in line to the big boss, Medina said.

Jimenez and Yap told radio dyHP-RMN Cebu that they use ecstasy but denied owning the drugs seized from them. They said the contraband came from Rosales.

They also denied they knew Ashley Abad, 19, who died of ecstasy overdose last month, and her boyfriend Nel Spencer Tiu.

Medina said Abad and Tiu possibly got their ecstasy from Rosales’s group.

Meanwhile, suspected pusher Cristory Montiador, 30, died in an alleged shootout with the police who were serving a search warrant in Cebu’s northernmost town, Daanbantayan.

Romualdo Monay, a former drug surrenderer, was caught during the operation. (from AYB of Superbalita Cebu, KAL)