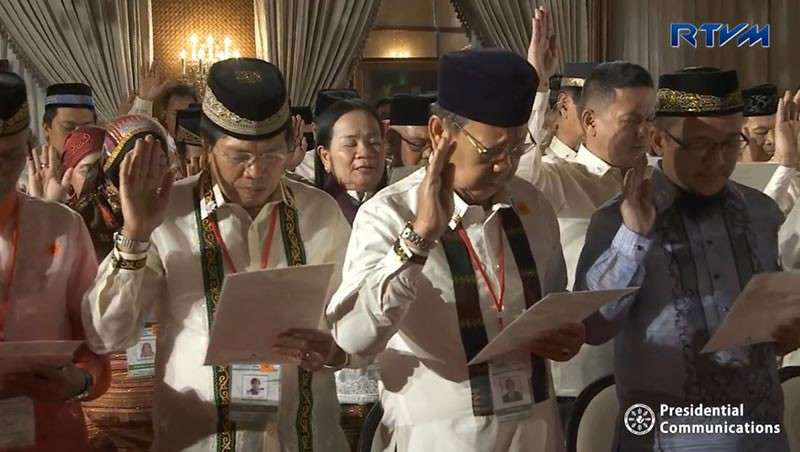 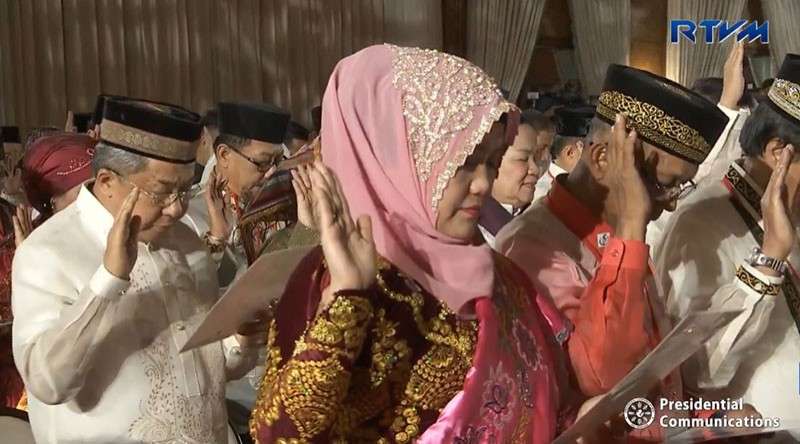 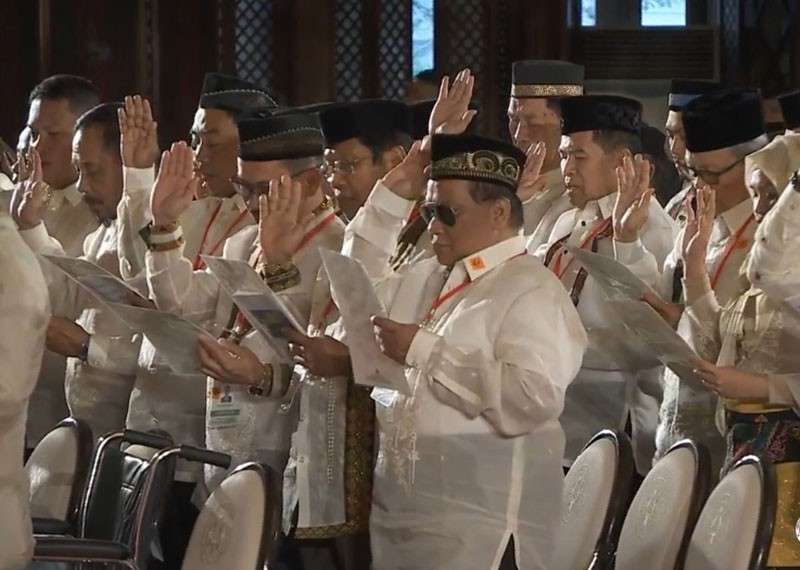 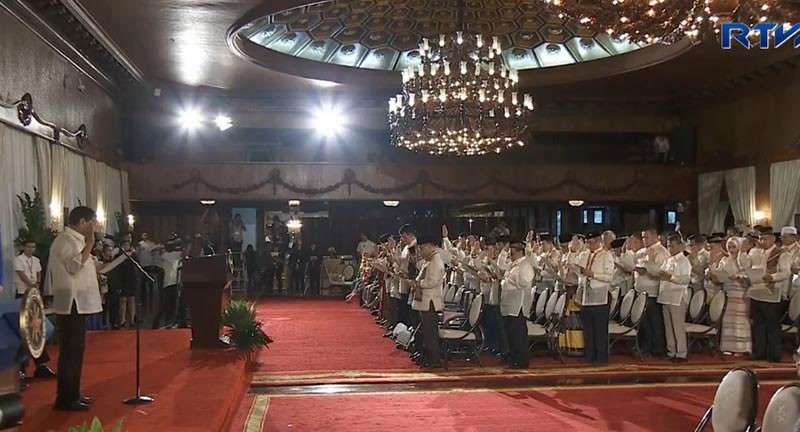 PRESIDENT Rodrigo Duterte on Friday, February 22, administered the oath of office to the 80-member Bangsamoro Transition Authority, which will serve as the interim government of the new Bangsamoro autonomous region.

Members of the BTA, all appointed by Duterte, were sworn in at the Palace's Rizal Hall.

Murad will be assisted by two deputy chief ministers.

"I need not really remind you. You know better than me. But for posterity and to put it on record that I was the one who said it at this time, always work for the best interest and welfare, not only of the Bangsamoro people, but every Filipino who live in that region," the President told members of the BTA.

"The road to peace may be long and rough, but I am glad that we have finally reached its endpoint. My only hope is that we put to rest the bitter memories of the past so that we can build a new region that is bound, not by ethnic or religious affiliation, but by common aspiration for peaceful coexistence among our fellow Filipinos," he added.

The BTA will govern the new Bangsamoro Autonomous Region in Muslim Mindanao (BARMM) until the election for regular members of the Bangsamoro Parliament takes place in 2022.

Duterte also led the ceremonial confirmation of the canvass results of the January 21 and February 6 referendum on the ratification of the Bangsamoro Organic Law (BOL).

The historic BOL was ratified, after results of the plebiscite showed that majority voted in favor of inclusion of certain areas of Mindanao in the new Bangsamoro region, which replaces the ARMM.

Sulu voted "no" to ratification but will still be part of the BARMM, because the law states that all votes from the ARMM provinces are to be taken as one.

Under the BOL, the BARMM will enjoy expanded land and water jurisdiction, greater fiscal autonomy, and increased share in national government resources, among others.

The creation of the new Bangsamoro region is meant to correct historical injustices in Mindanao.

Duterte expressed hope that peace and order would be achieved in Mindanao following the creation of the new Bangsamoro region.

"Now that we have realized our aspirations, believe me, we in MIndanao share your values. We share your dreams and aspirations. We share all. But most of all, we would like to see an end of the violencel that has rocked Mindanao and have cost so many lives for nothing," he said.

"If there is any problem at all or in the future, let me assure you that for the remaining years of my work as a government workers here, here in this buildingh, I assure you, Insha'Allah, I will always do what the law says and what is yours and to what extend that we can give you, not only comfort buf happiness to the Muslims of Mindanao," he added. (SunStar Philippines)