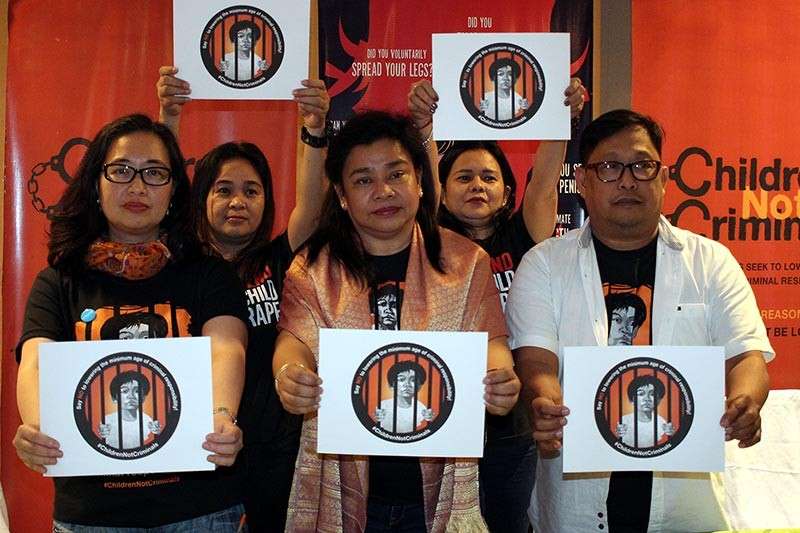 CHILDREN’S rights groups in the country hope lawmakers would rethink their stand on the proposal to lower the minimum age of criminal responsibility.

The Commission on Human Rights (CHR), Childs Rights Network (CRN), United Nations International Children's Fund (Unicef) and Department of Social Welfare Development (DSWD) Cordillera continue its campaign against a move by Congress to lower the age of criminal liability and is pushing to focus on the reasons that lead children to be in conflict with the law (CICL).

The House of Representatives passed a bill lowering the minimum age of criminal responsibility to 12 years old from the current 15 years old. The Senate is set to reconvene on May 20 to discuss its version of the bill.

Ma. Victoria Diaz of the Human Rights Child Rights Center said the (CHR) emphasized the need to sustain the interest of local government units to implement and support to invest Republic Act 9344 known as the Juvenile Justice and Welfare Act (JJWA) of 2006 which indicates the responsibilities of the LGU aside from Bahay Pag-asa.

Under the law, LGUs must allocate at least one percent of their Internal Revenue Allocation for the strengthening of the local council for the protection of children.

Out of the 81 provinces in the country, only 32 have functional LCPC according to the data from JJWC.

"In terms of the implementation of the law, monitoring of compliance of LGUs, and agencies directly involve needs to be strengthened," she added.

Instead of building centers, finding the root causes of the CICL cases followed by intervention programs and series of activities not limited to the children but to their family should be undertaken, adds Diaz.

"We are not motivating the establishment of Bahay Pag-asa. Why? It is very expensive. The construction of Bahay Pag-asa entails P2.5M each. Hindi sagot iyong pagpapatayo ng Bahay Pagasa. Sa aspeto ng karapatang pantao, that is still deprivation of liberty," she added.

Unicef Philippines Child Protection officer-in-charge Marj Ardivilla also called the Congress not to amend the JJWA and instead strengthen the implementation of the law.

Ardivilla said a study on how to support the Filipino family should also be made.