High survival rate noted among kids at House of Hope 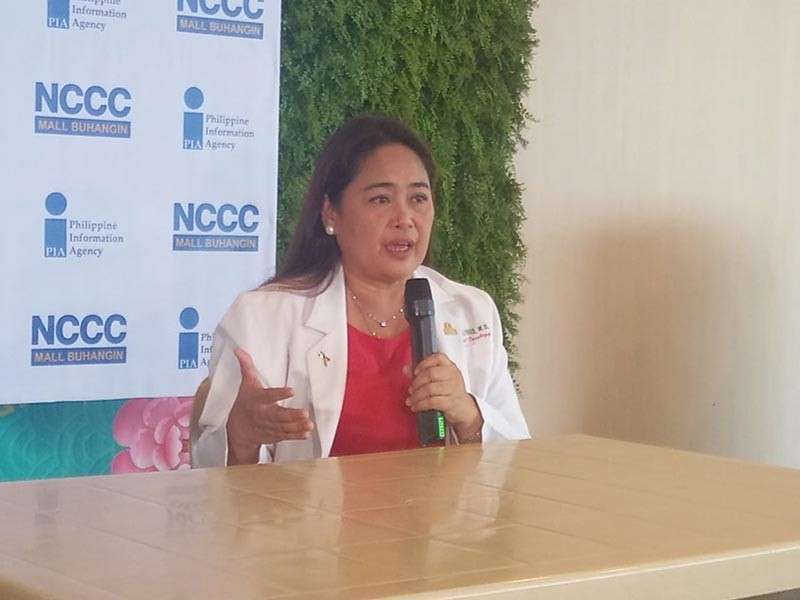 A PEDIATRIC oncologist noted a high survival rate among children afflicted with cancer at the House of Hope mainly because their treatment is continuous.

Southern Philippines Medical Center (SPMC) pediatric oncologist and House of Hope program director doctor Mae Dolendo told reporters after the Kapehan sa PIA at the NCCC Mall-Buhangin Friday, February 22, that the House of Hope, a transient home for children with cancer, is a great help because the children do not have to travel just to avail the treatment.

Dolendo added they realized that one of the reasons that child patients complete their treatment session is because they are near the SPMC.

"What House of Hope has done was really beyond our imagination. We only thought of the transient home noong araw to provide decent home for families outside of Davao City," she said.

Dolendo added that one of the factors of treatment abandonment of some patients is they do not have a place to stay and some of them live in far-flung areas.

She also underscored the waste of resources if a child patient undergoes treatment but will stop eventually.

"Because it is cancer, pag hindi mo natapos ang gamotan babalik talaga yan and when relapse happens, children are more difficult to treat," she said.

She also revealed that some of their patients have already returned to school.

"So there's really life after cancer, it's not a death sentence," she said.