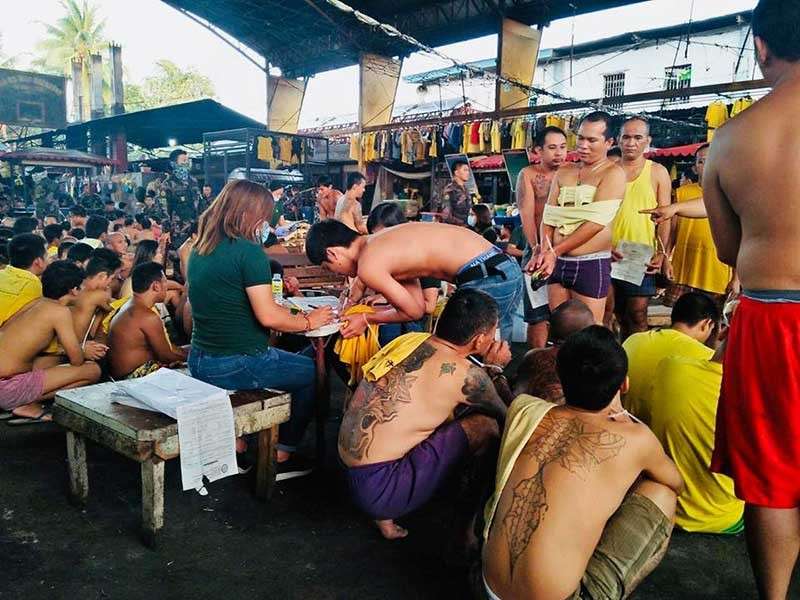 DAVAO. A greyhound operation was conducted by the Joint Task Force on Saturday inside the Maa City Jail which resulted to a fatal confrontation with the inmates. (Photo by DCPO)

FOUR inmates died while three policemen were wounded inside the Davao City Jail in Ma-a Saturday, February 23, around 10:30 a.m. while a joint greyhound operation was conducted.

However, all four inmates identified as Alvin Celis, Dexter Delfino, Flor Leonard Restsuro, and Jerry Fernandez, died while undergoing initial treatment at the SPMC and their bodies were brought to the morgue for forensic investigation.

The incident happened when the operating personnel were taking out the inmates one by one for body search and random drug test at cell number 18 of the Bureau of Jail Management and Penology (BJMP) annex building.

According to the Davao City Police Office (DCPO)’s official statement, four inmates intentionally stayed inside the cell and when instructed to get out, one of them pulled out a homemade gun and fired it towards one of the security personnel.

The bullet, however, only hit the bulletproof vest of the security personnel and to prevent further attack, the police fired shots towards the attacker.

“The PNP team tried to secure the other inmates but instead of cooperating, each of them drew bladed weapons and attacked the law enforcers forcing the other security personnel to fire gunshots to immobilize them,” DCPO stated.

Meanwhile, the operation resulted to the recovery of two plastic sachets believed to be illegal drugs with an estimated value of P160,000, drug paraphernalia, and other deadly weapons.

The joint greyhound operation was made by the Task Force of Police Regional Office 11, Bureau of Jail Management and Penology 11, DCPO, Regional Mobile Force Battalion 11, Philippine Drug Enforcement Agency 11, and the Criminal Investigation and Detection Group 11.