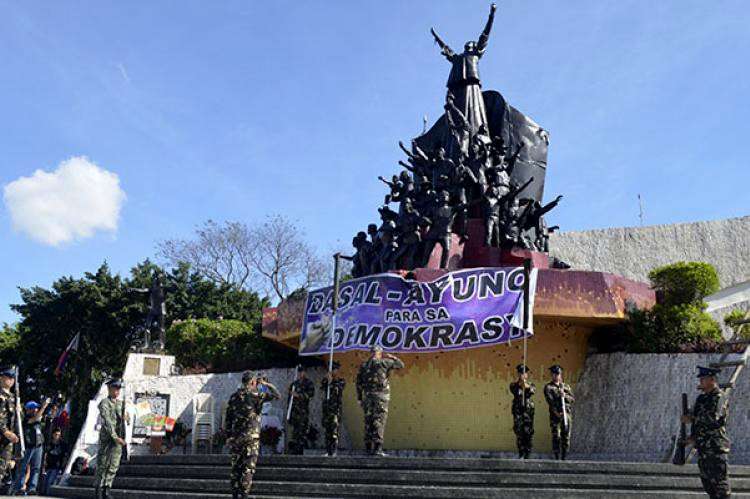 PEOPLE POWER. Even though the meaning of today’s “special (non-working) day” has undergone criticism and historical revisionism, the Edsa People Power Revolution reminds Filipinos about each one’s stake in defending and fighting for our hard-won democracy. (SunStar file foto)

The Edsa People Power Revolution was pivotal for Filipinos, according to history writers. This year marks the 33rd anniversary of the “Yellow Revolution,” which “restored and ushered political, social, and economic reforms” in the country, according to Proclamation 555.

Yet, to go by online searches, the significance of today can be summed up in a telling phrase: “long weekend.” Students are spared the usual Monday blues. Employees know it means “no work, no pay” but, according to law, if one is required or opts to work, he or she can expect full pay plus 30 percent of the basic pay, including an additional 30 percent of one’s hourly rate for hours rendered beyond the regular eight-hour stint.

In a nutshell, “escape” has come to be associated with Feb. 25, a far cry from the continuum of events that eroded the Filipinos’ political apathy with the Aug. 21, 1983 assassination of Benigno “Ninoy” Aquino, Sr. and culminated with the massing of citizens supporting government troops rebelling against the oppressive rule of President Ferdinand Marcos on Feb. 25, 1986.

The civil disobedience of families, youths, men, women, the religious, and other citizens “armed” only with rosaries, flowers, and songs was demonstrated along the 54-kilometer stretch of Epifanio de los Santos Avenue (Edsa) in Metro Manila, and replicated by similar protests in Cebu, Davao, and other cities in the country.

Yet, the “bloodless revolution” in February 1986 did not come without cost. Since Marcos imposed martial law in 1972, civil liberties were suspended, accompanied by the arbitrary arrest, detention, disappearance, torture, and death of government critics, the opposition, and even the politically neutral. While the Left initially led in resisting and fighting the state, vocal critics and mobilizers in denouncing and countering the abuses and excesses of the government eventually came from the middle class, the well-off, and the church.

The Yellow Revolution may have failed to overhaul and remake our society, but the generations that lived through the dark years of Marcos rule have a responsibility to make the generations born after the Edsa People Power Revolution return to the lessons of our past, deal with the present and anticipate the future.

It was not only personages that gathered at Edsa and other key cities to fight for democracy without giving in to violence committed against fellow Filipinos. Every Filipino took a stake in issues that concerned the nation, shaking off the apathy and class-influenced self-interests that mocked exercises in political self-determination, such as elections and plebiscites.

Differences in political beliefs and affiliations were suspended when Filipinos united to denounce and resist the suppression of civil liberties, primarily the freedom of expression, the right to a free press, and the unhampered exercise of legitimate dissent and public participation in governance.

These times bring a bad case of déjà vu in its similarities to the very conditions that triggered the Edsa People Power Revolution: extrajudicial killings, suppression and oppression of government critics, corruption, abuse of political powers and persecution of the marginalized and the disempowered.

We may prefer to dismiss Feb. 25 as just another long weekend for escape. Will we be able to account to future generations how we conducted ourselves as Filipinos during our watch?