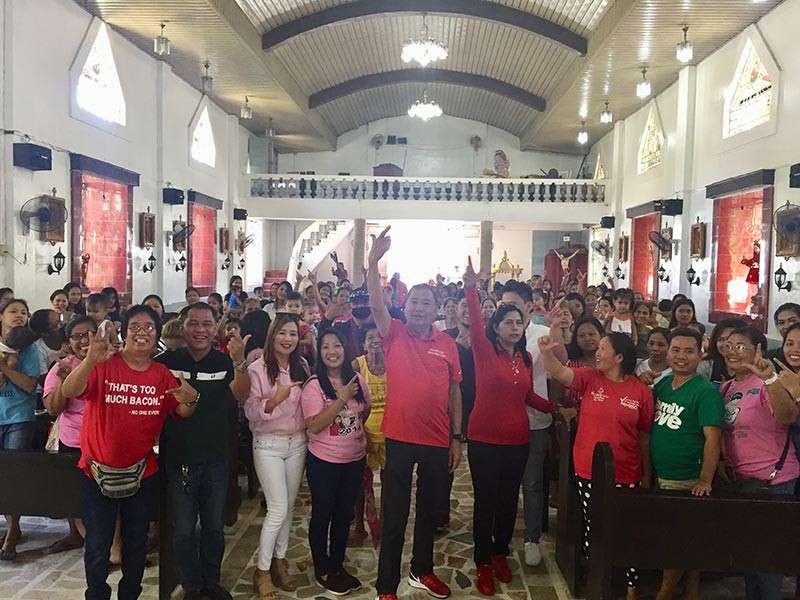 AMID the measles outbreak in Central Luzon reported by the Department of Health (DOH), the local government of San Simon launched an information dissemination campaign in Barangay San Pedro recently regarding the importance of various vaccines.

Municipal health officer Dr. Marline Bagtas said the campaign was launched to eliminate the fear caused by the Dengvaxia fiasco, and gain back the trust and confidence of parents on vaccines.

Bagtas added that the activity aims to educate the parents on the need for their children to receive the complete doses of immunization vaccines for different types of diseases identified under the government’s expanded program on immunization.

“Our goal is to orient the parents about the importance of vaccines on their children and at the same time to pre-emptively seek their consent on the scheduled administration of vaccine this coming March,” she said.

Mayor Leonora Wong, meanwhile, said that while there were no confirmed cases of measles reported in this town, the local government conducted it as precautionary measure to ensure the health of the residents, especially children.

The lady mayor added that the activity is also in response to the call of Governor Lilia Pineda to conduct massive information dissemination in the grassroots level on the importance of vaccines to children’s health.

“The local government is very serious in supporting the programs of the DOH as it is in line with one of our priorities to make each Simonian be physically, emotionally and spiritually healthy,” Wong said.

Former Mayor Rodrigo “Digos” Canlas, who showed his strong support to the local government’s health programs, also took the opportunity to encourage parents to have their children vaccinated against different types of diseases.

“We wanted to let them know that vaccines are not enemies, rather they serve as their children’s protection against different diseases. Vaccines are very important, especially for children,” he said.