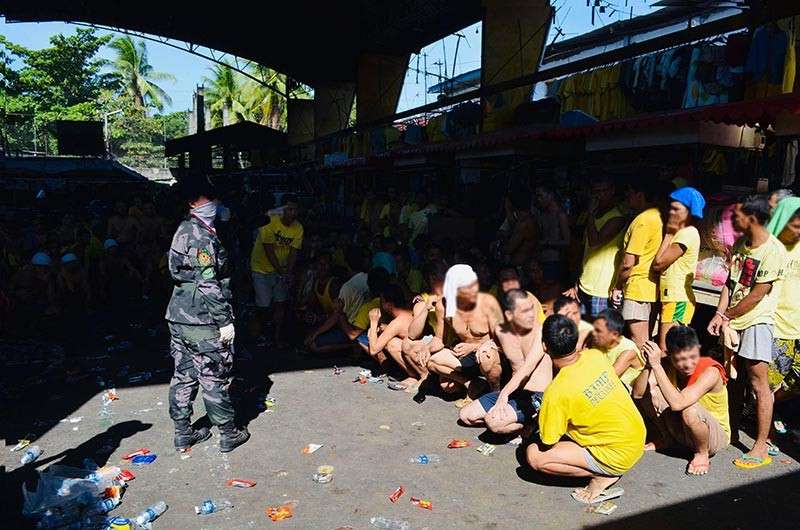 AFTER the recovery of illegal drugs inside the Davao City Jail during Oplan Galugad on Saturday, the Davao City Police Office (DCPO) said that they already submitted names of the Bureau of Jail Management and Penology (BJMP) personnel who have alleged involvement in the illegal drug trade happening inside the facility.

Without giving names or the ranks of these personnel, he said that these BJMP personnel of the Davao City Jail were the ones who allowed the entry of illegal drugs inside the facility.

“We are still conducting a case build up operation so that we can pile the necessary criminal and administrative complaints against these people na sumusporta kung bakit lumalaki ang illegal drug use sa ating jail facilities,” Tagum added.

He said the proliferation of illegal drugs in jail is not unique to Davao City as it is one of the problems in many jails in the country such as the case in New Bilibid Prison. The prison has been reported to have a serious drug problem even before the current administration.

During their greyhound operation on February 23, four inmates facing drug cases were killed after they put up resistance to the inspecting team and even shot one of the personnel using an improvised gun.

Also, a BJMP officer identified as Jail Chief Inspector Roman Hernandez, who is considered a “high-value target,” being the provincial jail administrator of Davao del Sur was tested positive for drug use. A criminal case has been filed against him while an administrative case is underway.

Tagum said prior to the operation, they already received intelligence reports of the drug problem inside the city jail. During their drug operation, even the suspects who were caught in drug busts admitted that most of the shabu that they are selling came from inside the Davao City Jail. Some of the illegal drugs were purchased through negotiations with persons believed to be inmates of city jail.

Meanwhile, Police Regional Office (PRO) Davao director Marcelo Morales said based on their observation, the security is relaxed in the two entrances of the city jail.

They recommended several measures so that the entry of contrabands inside will be intercepted. One of which is the change of the jail’s current system and protocol in inspection, which failed since there are still banned items that are being smuggled.

He added there must be regular reshuffling of personnel which is still subject for evaluation of the BJMP organization.