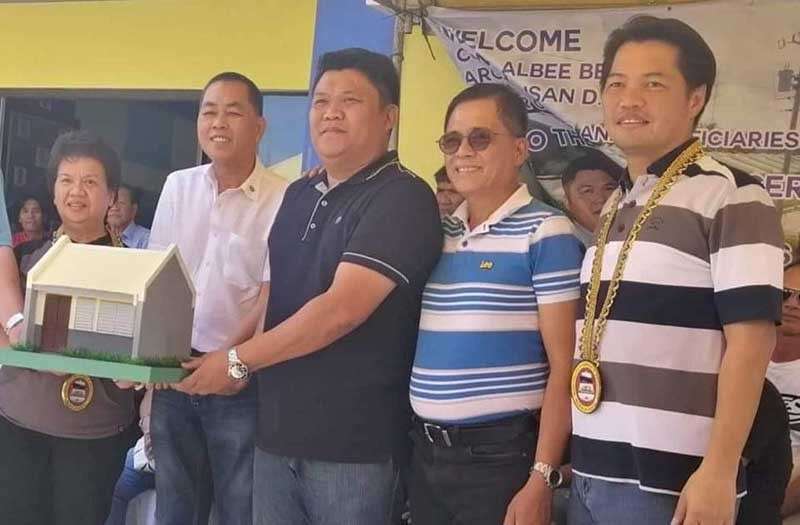 A TOTAL of 1,168 permanent housing units located in Tumandok Village, Barangay Santo Niño, E.B. Magalona town were turned over on Monday, February 25, by the National Housing Authority (NHA) to the victims of Super Typhoon Yolanda.

E.B. Magalona Mayor Marvin Malacon, at the sidelines of the turnover rites, said an initial 150 families, forming part of the first batch of beneficiaries and whose respective homes were destroyed by the typhoon in 2013, may now occupy the houses at the relocation site.

Malacon said the relocation site for Yolanda victims will soon have a covered court, training center, a three-storey elementary school, and a flea market.

Construction of the covered court is now ongoing.

“The list of next batch of 500 beneficiaries have already been validated, and expected to occupy their new homes as soon as some requirements will be complied,” Malacon added.

In Negros Occidental, a total of 27,055 Typhoon Yolanda victims are beneficiaries of the permanent housing units.

NHA Project Implementor head Susana Nonato, also present at the activity, announced that the beneficiaries of the housing projects would no longer pay for the turned over housing units.

Last week, the NHA also turned over 1,992 housing units to the Yolanda victims in Barangay E. Lopez in Silay City.

The turnover rites were headed by the city officials led by Mayor Mark Golez.

Negros Occidental Third District Representative Alfredo Benitez, who chairs the House's committee on housing and urban development, reminded the beneficiaries that they are not allowed to sell the units.

Benitez, who sponsored the creation of Human Settlement Department at the House Representatives, also called on beneficiaries to report any problem in the relocation site so he can refer it to the NHA for appropriate action.