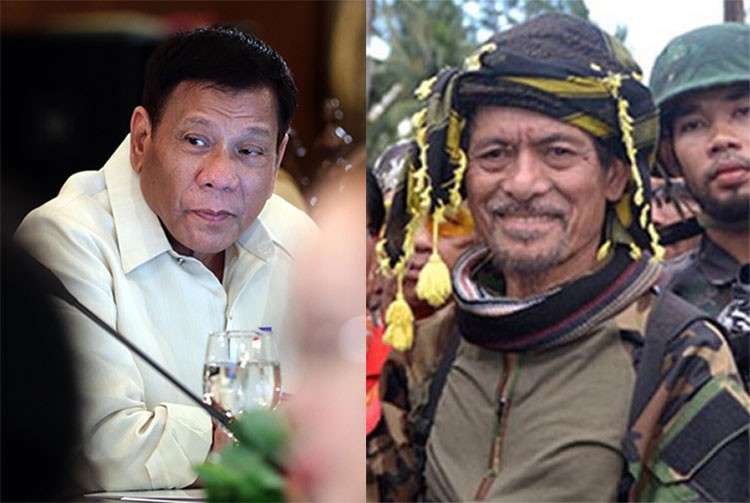 Presidential Spokesperson Salvador Panelo said the dialogue between Duterte and Misuari lasted for only about "15 minutes."

Panelo said Duterte, who was "not pushy" during the meeting with Misuari, was the one "talking and expressing himself" most of the time.

"What transpired last night was the President told the chairman that he admired his patience and he apologized for not having implemented or enforced whatever agreements that they had previously with respect to federalism," Panelo said in a press conference Tuesday, February 26.

"And they would be talking again precisely on that. They didn't have much time to talk so they will meet again," he added.

The President has wanted to forge a separate deal with Misuari's group, following the ratification of the Bangsamoro Organic Law that creates a new Bangsamoro region.

Prior to his meeting with Misuari, Duterte directed Monday, February 25, the military and police not to arrest Misuari, who is planning to "go out" amid "ramblings" happening within the MNLF.

In a speech delivered in Pasay City on Monday, Duterte reiterated his call for a dialogue with Misuari in a bid to achieve peace and order in Mindanao.

"Misuari is going out. and I have ordered the military and the police -- kasi may kaso siya (because he's facing charges) -- allow him to [join the peace process]... He will come back," he said in his speech," the President said.

"Si Misuari is going out again and he has a case. Sabi ko hayaaan niyo (I said let him be)," he added.

Misuari went into hiding following the 2013 Zamboanga siege, but was granted temporary liberty by Duterte in 2016 and posted bail for graft charges in September 2017. (SunStar Philippines)