Lidasan: As soon as the dust settles 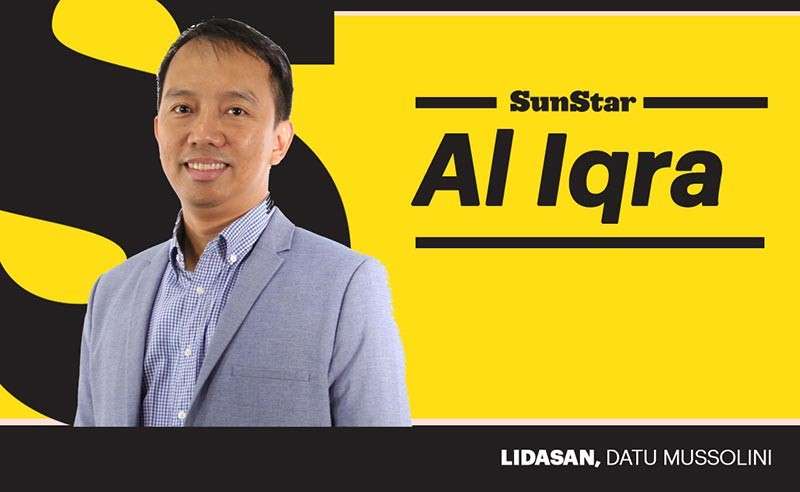 After a long, uphill battle, the Bangsamoro Autonomous Region of Muslim Mindanao has finally seen the light. It was my privilege to be invited at the ceremonial confirmation of the Bangsamoro Organic Law plebiscite results, as well as to be sworn in as a member of the Bangsamoro Transition Authority, last February 22.

I was also honored to be present at the ceremonial turnover of the Autonomous Region in Muslim Mindanao to the Bangsamoro Autonomous Region in Muslim Mindanao last February 26. Here, ARMM Governor Mujiv Hataman and Interim Chief Minister Al-Haj Murad Ebrahim came together to present a solid, united front. This victory is not for any one person, but for all of the Bangsamoro.

However, we must remember to keep our feet on the ground. Yes, it is important to commit this historic moment in our collective history. But, once the dust has settled and one can truly grasp the responsibility given to the BTA, we must all hit the ground running.

Most importantly, the trust of the people is on our shoulders. There is much to be done. As written in R.A. 11054, Article 16, Section 4, the Bangsamoro Transition Authority has seven major functions and priorities:

b) Determination of parliamentary districts for the first regular election for the members of the Parliament;

c) Organization of the bureaucracy of the Bangsamoro (BM) Government during the transition [period];

d) Full transfer of powers and properties of the ARMM to the BARMM;

e) The disposition of the personnel of the Autonomous Regional Government in Muslim Mindanao as provided in Section 10 of the same Article; and

g) Other matters that may be necessary for the protection and promotion of the general welfare of BARMM constituents.

With these responsibilities, the BTA is also tasked to set up a Cabinet and ministries that target each sector. In Section 8 of the same article, it lists the following:

a) Finance, and Budget and Management;

In addition, there are other offices that may be created by the BTA if they see the need. This includes youth, women, settler communities, disaster risk and management, planning and development, as well as the Attorney General’s Office under the office of the Chief Minister.

With more or less 40 months to go before the BARMM elections, we must look towards our maximizing the timeframe given to us. It is a little over three years, which is not a lot of time. That means that we need all members of the authority to work together cohesively, if we are to create a strong foundation for governing. Because the BTA is both an implementing and legislative body, the opportunity to enact swift and opportune change is among us.

But whatever the future holds, we know that it is bright. It is our turn to take charge of the land and the government that we have long fought for. As of this moment, the Bangsamoro Transition Authority is at your service.