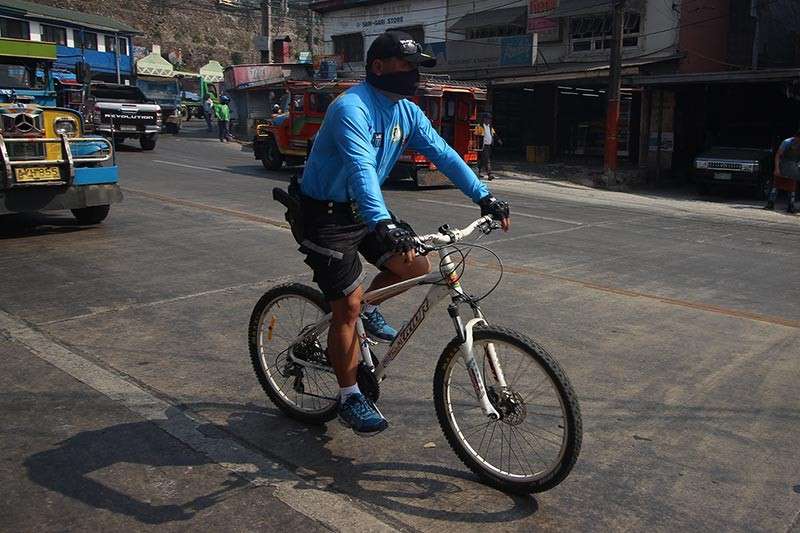 PATROL. A cop from the La Trinidad Municipal Police Station (LTMPS) roam the Valley with his bike. (Photo by Jean Nicole Cortes)

CANDIDATES in the Benguet province marched to ensure the continuity of honest, safe and peaceful upcoming May 2019 elections.

After, candidates together recited the integrity pledge, promising not to employ any form of violence, force, threat that may impede and impair the free exercise of people’s rights of suffrage, ensuring the prompt and disclosure of their campaign related expenses and pledge not to offer or give bribes.