Winning over customers with bacon 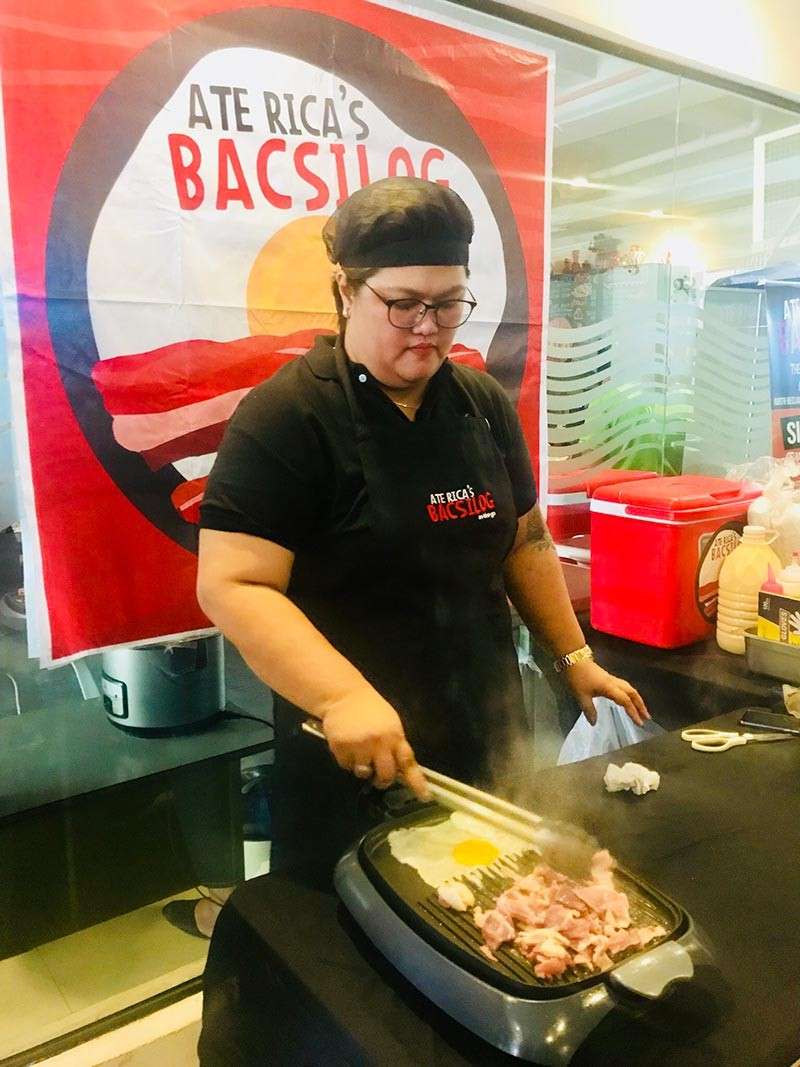 BREAKFAST ALL DAY. The silog concept is not new, but Rica Peñalosa found a way to make her food cart business stand out. Ate Rica’s Bacsilog can sell up to 700 rice cups a day. (Contributed photo)

Baconnoisseur Corp., the company that runs the franchise operation of the business, will open an outlet near the University of San Carlos in Talamban on Thursday, Feb. 28. It will also open soon in Sugbo Mercado and The Market.

Owned by Rica Peñalosa, Ate Rica’s Bacsilog is one of the popular food cart businesses located at the back of the De La Salle University (DLSU)’s Taft Avenue campus.

With a starting capital of P20,000, Peñalosa ventured into business after losing her contractual job in a bank. She cooked Bacsilog, a meal comprised of plain rice, fried egg and bacon topped with melted cheese which she sells for P69.

Peñalosa said she busied herself in business while waiting for her work visa to Dubai. Little did she know that the small business she started would eventually become big and compel her to forget about becoming an overseas Filipino worker.

Because of its strategic location and affordability, this sidewalk mobile business that offers all-day breakfast meals such as silog, omelette, and other combo meals captured the market of students, young professionals, office workers, mothers and others who are always on the go.

Peñalosa said they aim to spread the success of Ate Rica’s Bacsilog nationwide because this is a business that augments the income of those who are already employed but want to make business on the side.

This can also be the startup business for aspiring entrepreneurs who are yet to decide what business to get into or those with zero-knowledge in business.

Leon Flores III, chief marketing officer of Baconnoisseur Corp., said that besides looking for partners with ready working capital, they are eyeing franchisees who are willing to learn, have a can-do attitude, are open to innovation, and are committed to owning a business.

Peñalosa said she agreed to have the business franchised, not only because of its unlimited income potential, but also because of the number of jobs it will generate, and the lives it will uplift should Filipinos venture into entrepreneurship.

Flores said they want to grow in Cebu despite its label of being a penny-pinching market.

“We believe there is a market for Ate Rica’s Bacsilog here,” said Flores, adding that the location is crucial for the business to grow.

Baconnoisseur aims to open five to seven outlets per month. Ate Rica’s Bacsilog will close the month with 36 outlets nationwide.

The Philippine franchising sector is expected to expand to as much as $24 billion by 2020.