Rice Tariff Law: A boon or bane for farmers? 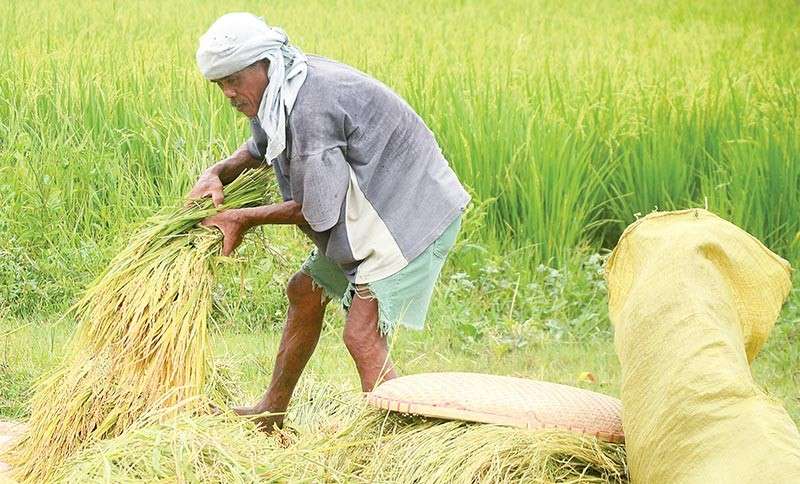 WILL IT HURT FARMERS?: Some farmers oppose the passage of the Rice Tariffication Law saying it will flood the market with cheaper rice abroad but the government assures them they will be protected and assisted with modern farming methods and funding, too. (SunStar file photo)

IT MIGHT make the consumers happy but would the new Rice Tariffication Law mean a “life and death” situation for our local rice farmers in Central Visayas?

President Rodrigo Duterte signed on Feb. 14 the Rice Tariffication Law that would lift the restrictions on rice imports, opening a free trade for the country’s staple on a global scale.

Gok-ong said that with the high cost of producing rice, farmers would be discouraged to plant unless there would be proper government intervention.

Citing the 2017 data from the Philippine Statistics Authority, the Department of Agriculture (DA) 7 said that the region’s rice production cost of palay (unmilled rice) per kilogram (kg) is at P14.47.

Without the 35 percent tariff on imported rice, production cost of palay in Thailand is at P8.85/kg while Vietnam is lower at P6.53/kg, according to the PhilRice’s 2015 records. This would mean that imports from our other rice-producing Association of Southeast Asian Nation (Asean) neighbors are cheaper and with better quality.

“Our retailers can buy sacks of rice as cheap as P600 to P800 from Vietnam and Thailand. Here, our cheapest local rice costs P1,300 per sack,” Gok-ong said.

Among the four provinces that comprised Central Visayas, Cebu remains to be the highest rice consumer with a food requirement of 337,424 metric tons (MT) of rice in 2018.

But since the province is not a major rice producer, its production stood only at 7,971 MT. Cebu sourced most of its supply from Bohol and Negros Oriental.

Diputado said there is only 40 million MT of available rice in Asia, of which 38 million MT goes to China.

“The imported rice that will enter will not be that huge. Only two million MT will be available for distribution to other Asian countries which also has a growing population like India, Vietnam and Thailand,” he said.

He also assured that the government will strictly implement the safeguard mechanisms of the law to continue protecting the local farmers and usher in a new era of practices for the agricultural sector through the farm modernization program.

DA 7 has yet to determine the number of rice farmers in Central Visayas but it estimated that there are about 69,000 farmers in Bohol.

Of the 35 percent tariff slapped on rice imports, an annual P10-billion Rice Competitiveness Fund will be created.

Of the P10-billion fund, Diputado said P5 billion will be used for farm mechanization which includes post-harvest facilities and cold storage while P3 billion will be allotted for the acquisition of high yielding seeds.

A P1-billion fund will be set aside for the loans and credits and another P1 billion for trainings for farmers.

But if the fund is yet tocollected, how would the agency help the farmers?

“The DA 7 is exposing local farmers to cultural interventions like the production loan easy access program which grants them a minimum of P50,000 up to P150,000 per farmer. The farmer will be the one to decide how and when he will use that money as capital for rice production when before that he needs to borrow money from other sources,” the DA 7 chief said.

He added that the program is collateral-free with only six percent annual interest.

The government has yet to release the implementing rules and regulations of this new law.

Moroever, DA 7 said they will continue to implement programs and activities such as providing technical assistance, seed subsidy with registered seeds for farmers to produce their own seed requirement, technology demonstration on inbred and hybrid rice production, small scale irrigation projects and farm mechanization and post-harvest facilities.

The agency foresees these initiatives will lower the production cost of local rice.

“Certainly, this can improve the yield per hectare, increase the production and reduce the cost of production. From our estimate, the above interventions will increase the palay production by three percent and reduce cost per kilogram by P.10 (from P14.47 to P14.37/kg),” it said.

Aside from the loans, they are also testing new high quality variety of seeds that can compete against other rice importers in Asia.

“We will try the seeds Rc216, Rc28, and Rc300, all good quality seeds that will produce what they call a special rice,” he said.

The most common seed variety, the Rc222, which has poor quality and cheaper are the ones being used by farmers in the region.

DA 7 said has yet to organize discussions with farmers about the Rice Tariffication Law.

“However, we have planned to schedule dialogues with them,” the agency said.

A Visayas cluster meeting to be attended by DA Secretary Emannuel Piñol will be held in Iloilo City on March 4.